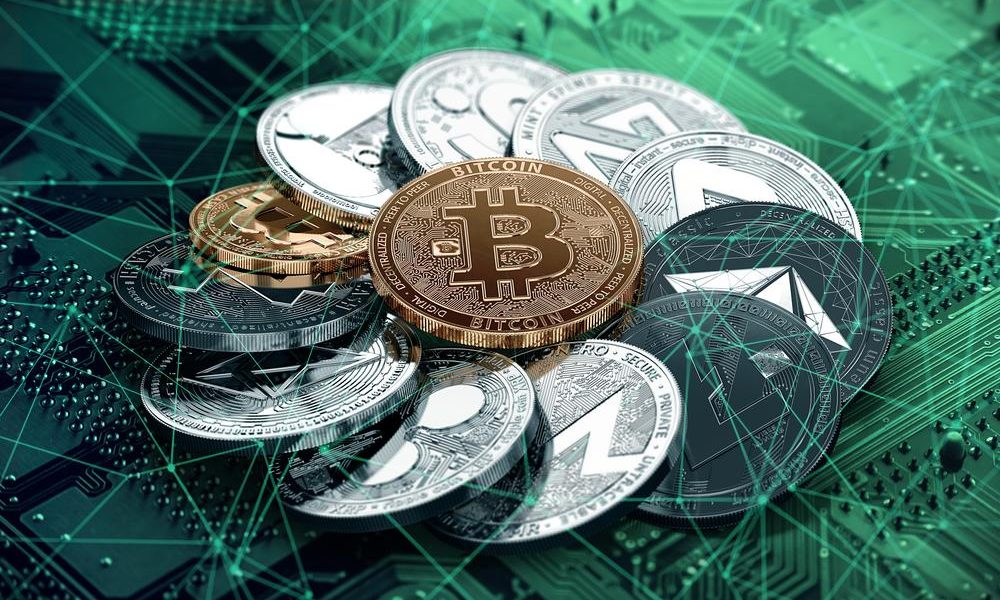 Bitcoin has fallen from $9,800 to $8,800 in the last few days after a strong rally after the halving. Within the last 24 hours, however, Bitcoin has been able to find new buyers, allowing the Bitcoin price to recover to $9,300. The market capitalization rose from $165 billion to almost $169 billion.

Bitcoin Trader Josh Rager describes that Bitcoin must rise above the $9,160 mark, otherwise another correction to $8,000 may be imminent. There is a strong support along the $8,500 mark, which Bitcoin could fall to if there is a further downward movement. Should Bitcoin continue to rise, the next strong resistance can be found at the $9,500 mark. Should Bitcoin break through this level, a new low high can be drawn.

Daily closed under $9160 – and now if price is unable to close back about that price range, could look to move down to mid $8ks

Until BTC closes above $10k, this is just a lower-high pic.twitter.com/KYd06dYqN4

Crypto-Trader and Analysis HornHairs describes that he is currently cautious in Bitcoin trading, as BTC has still not taken a clear direction. Should Bitcoin manage to close above the last candle on the daily chart, the Bitcoin price could start a further upward trend. He advises his followers to be cautious, as volatility is still very high.

Had a few ?s regarding last post on market structure.

When bulls are unable to make a new leg up & bears close a candle below any previous swing low I consider that a BMS.

Add context of +170% move up into HTF resistance with recent high taken and I simply take caution. pic.twitter.com/ftmUH4HB67

Big Chonis Trading is curious how Bitcoin will develop in the next few days. The stock market is closed today, Sunday and Monday in the United States of America, so Bitcoin can show a detached movement from the stock market. Since the Chicago Mercantile Exchange is also closed, a “gap” could open again, which could be closed within the next week.

$BTC – is on its own for the next 3 days while equity markets are closed Monday for the holiday… lets see what you got… #bitcoin pic.twitter.com/2CsERMPvva

The anonymous crypto-trader Teddy is surprised that Bitcoin has not fallen further towards the $8,000 mark, as the developments of the last few days suggested a bearish scenario. He describes on Twitter that Bitcoin has miraculously closed above the $9,150 mark. However, he urges caution that a major correction could follow.

By miracle yesterday’s dip closed above the cloud – @jk_rowling send it to the moon 🏁$BTC pic.twitter.com/RcNkQRiHVU

The Altcoin market is currently following Bitcoin’s development, with Litecoin (LTC) showing a 2.14% increase to a price of $44.12 within the last 24 hours. Tezos (XTZ) is up 4.04% to a price of $2.77 and remains the 10th largest cryptocurrency in the world. Monero (XMR) rises at a similar rate to Litecoin, up 2.15% to a price of $63.14 The prices of more than 5,000 cryptocurrencies can be checked in our price overview.

Before the last halving on May 12 this year, the hashrate of the Bitcoin network reached a new all-time high. In the last few days, however, this metric has continued to fall, with some analysts even expecting the miners to surrender. The following chart shows this development. 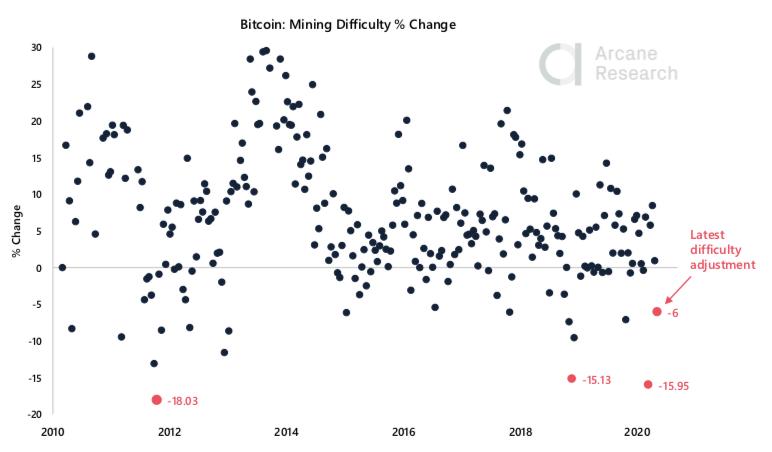 So far, however, this forecast has not materialised. The analysis company Arcane Research states that many miners have remained in the network because transaction fees have risen sharply at times:

This week, mining difficulty for Bitcoin dropped by 6%… This is an indication of less miners competing to solve the puzzle to win the freshly minted bitcoin, as it became less profitable to mine after the halving.

However, some expected a much larger drop and that this would be the end for a large group of miners. This did not happen, and the adjustment was not among the largest we’ve seen historically.

Here’s How to Sell Reddit’s Crypto Tokens For Cash

Letter: Mission nurses’ victory will ripple across the South