Bitcoin Tests $9,500 a Day After Goldman Sachs Advises Against BTC

The King of Crypto is once again doing what it does best by surprising investors and traders with a retest of $9,500. This is despite the earlier mentioned possibility of a possible slow week with CME Bitcoin futures expiring tomorrow, 29th May. Bitcoin is currently trading at $9.460 (Binance rate) and looks set to keep pushing upwards with less than 24 hours till the contracts expire.

Goldman Sachs Says Cryptocurrencies are Not an Asset Class 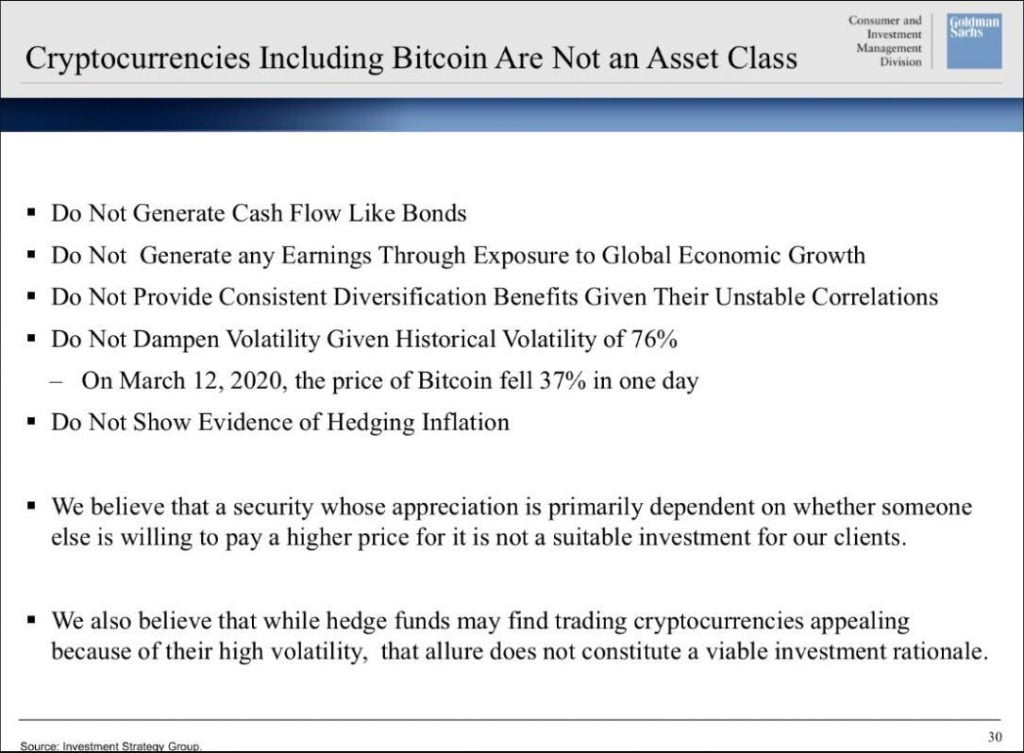 Goldman Sachs slide making rounds on Crypto Twitter. (Yet to be verified.)

In a Tweet in response to news of Goldman Sachs advising against Bitcoin, Co-founder and CEO of Gemini, Tyler Winklevoss, put forth the notion that Goldman Sachs is pulling off a classic head fake by denying their interest in BTC.

The more I think about it, the Goldman report is probably a head fake. Seems like something the vampire squid would do. They’re probably rebranding to ‘Goldman Stacking Sats’ as we speak.

What is a Head-Fake in Technical Analysis?

A head fake is a term used by chartists who love to use Bollinger Bands when doing their technical analysis. A head fake occurs when the asset being analyzed seems to move in one direction, only to reverse course quickly and significantly. It is similar to how a rugby player sidesteps his opponent by suggesting with his head that he is moving in one direction only for his feet to the opposite.

Veteran Bitcoin analyst, Willy Woo, was of a similar opinion in that Goldman Sachs is advising against Bitcoin only for the investment firm to secretly stack some more Sats. Mr. Woo’s tweet went on to point out that Goldman Sachs invested in the crypto company of Circle. The full tweet by Willy Woo can be found below.

Goldman Sachs loves Bitcoin so much that they tell their clients to not buy it, so they can buy more, which includes their investment in Circle.