Bitcoin had a nearly 3,500% return on investment since 2015, 70 times that of five traditional stock markets.

According to a June 29 article at investor website Buy Shares, data analyst Justinas Baltrusaitis says from June 26, 2015 to June 26, 2020, the return on investment (ROI) for Bitcoin was more than 70 times higher when compared to the Financial Times Stock Exchange 100, NASDAQ, Nikkei, S&P 500, and Dow Jones markets.

An asset’s ROI measures the amount of return on an investment relative to the cost. 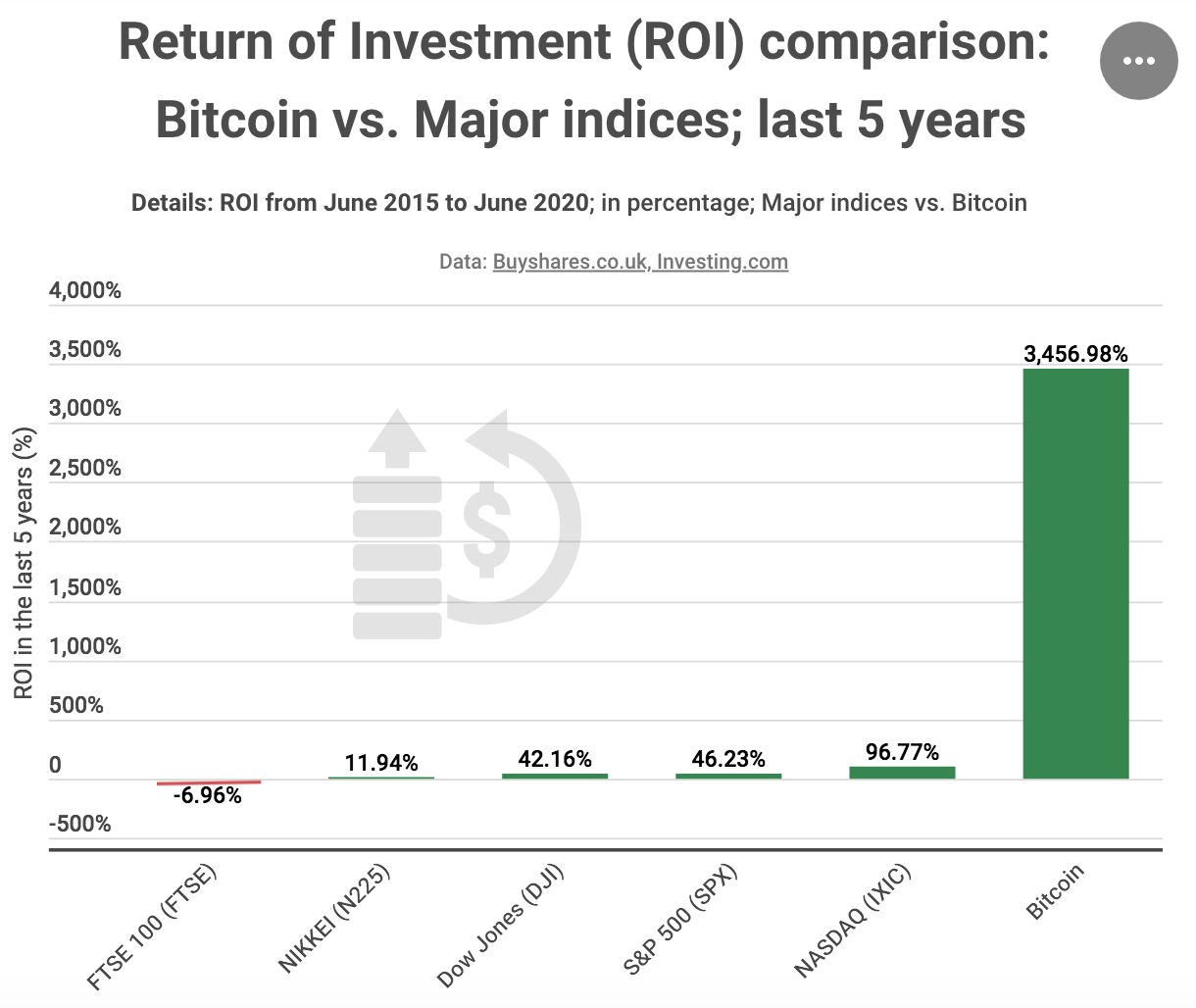 Bitcoin HODLers’ ROI is calculated by comparing the price the moment they purchase crypto to its current value. For those who chose to HODL prior to the December 2017 surge, all investments should have a massive ROI.

Why does Bitcoin benefit?

Baltrusaitis speculated that the difference in ROI may be due to the improved regulations for Bitcoin (BTC), which faced more resistance in 2015 than 2020. However, the current pandemic may also be partly responsible, as “many view Bitcoin as an alternative store of wealth” after the sudden crash of traditional markets.

“Over the years, Bitcoin has been growing in popularity, and the maiden cryptocurrency status has largely contributed to the high return of investment. Bitcoin’s returns are significant despite the perennial fact investing in cryptocurrencies involves substantial risk of loss. The valuation of cryptocurrencies largely fluctuates, and, as a result, investors may lose more than their original investment.”

Cointelegraph has reported some analysts have suggested that Bitcoin is still somewhat or strongly correlated with traditional markets like the S&P 500. Any crash affecting stocks or traditional assets could still cause the crypto market to go to the bears, as they did during the March bloodbath.