Cardano [ADA] has emerged to be a “hot altcoin” as of late with an impressive development activity record over the past couple of months.  This was evidenced by the Shelley rollout plan that was laid out on its Cardano LIVE show.

According to the latest blog post by the Cardano Forum, the team has now welcomed the second group of pioneers. Additionally, there are currently now 58 pioneer stake pools running on the Friends & Family testnet. This number is expected to grow as pioneers will continue to work through a few more exercises as they continue to test the early network. 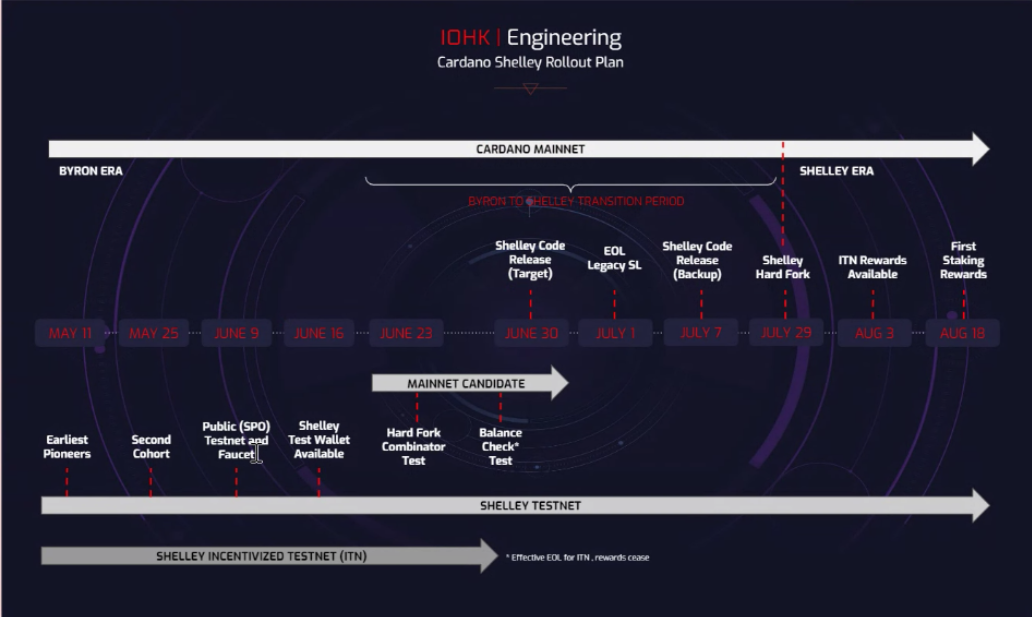 In what is more news on the development side, the team also released the Cardano Node 1.12.0 update which was deployed on the Cardano mainnet and released on the 28th of May. This update is dedicated to providing improvements to Cardano Byron on the mainnet.

Additionally, it is also a crucial update for Shelley and the testnet due to the fact that it incorporates the integration of the majority of the Shelley features within the node and corresponding support in the command-line tool that is pre-released and being tested on the Shelley Testnet.

Besides, IOHK recently announced that following the success of its incentivized testnet and the current Pioneer testnet, it would begin the roll-out of the blockchain’s Shelley-era functionality between 30 June and 7 July.

Charles Hoskinson, the blockchain firm’s CEO and Co-founder, had mentioned,

“The rollout of the Shelley codebase represents a critical step towards our ultimate goal of empowering individuals – irrespective of their background or circumstances, to have access to financial services. Looking ahead, the implications of this transition are enormous. Shelley will set the stage for a fully distributed network, and an entirely new application ecosystem with even greater things to come in the Goguen, Basho, and Voltaire eras.”

Following this announcement, its native token, ADA also witnessed a sharp rise in its buy levels as investors rushed for it. This was also evidenced by the crypto-analytic platform Santiment’s latest charts, in which it mentioned that ADA continued to show “signs of strength” in the market and that there were some “emerging decoupling” indications as its development activity rate continued to go on an upward trajectory.