China, U.S. to gain from cooperation, lose from confrontation 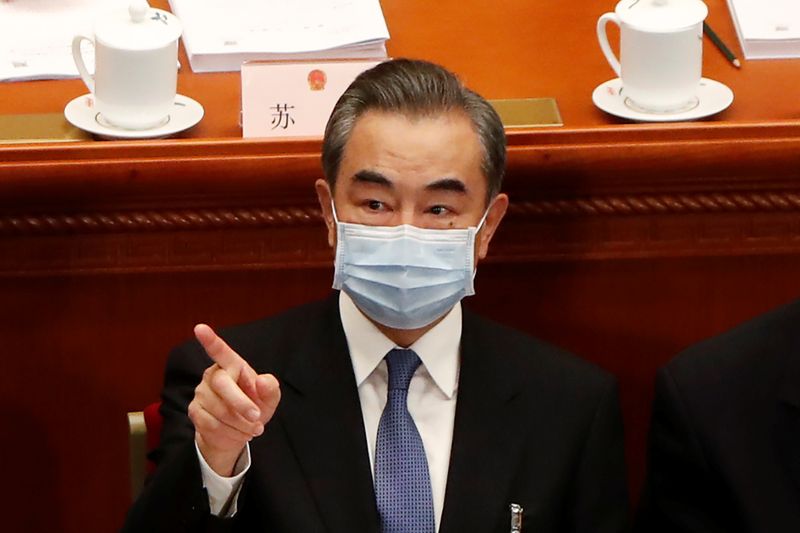 BEIJING (Reuters) – The Chinese government’s top diplomat, Wang Yi, said on Sunday that China and the United States both stand to gain from cooperation and would lose from confrontation, adding both sides must find a way for peaceful co-existence.

Ties between Beijing and Washington have deteriorated since the outbreak of the new coronavirus, with the administrations of President Donald Trump and President Xi Jinping repeatedly trading barbs over issues related to the pandemic.

They have also clashed over Hong Kong, human rights, trade and U.S. support for Chinese-claimed Taiwan.

State Councillor Wang, speaking at his annual news conference, said China and the United States need to start coordinating macro policies for their respective economies as well as the world economy.

China remains prepared to work with the United States in the spirit of cooperation and mutual respect, he told reporters, when asked if Sino-U.S. relations would further worsen.

“China has always advocated that, as the world’s largest developing country and the largest developed country, both of us bear a major responsibility for world peace and development,” he said.

“China and the United States stand to gain from cooperation, and lose from confrontation.”