Coronavirus is a business opportunity for reskilling companies

When Raven Winchester lost her janitorial job last year, she promised to find a more stable career to support her partner and three children.

Winchester enrolled in Flockjay’s 10-week technology course in November, and in February, the 28-year-old from Oakland was hired as a sales development representative at LaunchDarkly — one of the very businesses where she used to scrub toilets.

With U.S. unemployment numbers near historic highs during the coronavirus pandemic, many workers are hoping to repeat Winchester’s success story and are turning to the surging reskilling sector of the tech education industry in an effort to get back to work.

“Coming from where I come from and being able to position myself into this kind of career, it really meant a lot to me,” said Winchester, who more than doubled her custodial salary with Eden after she started working on tech sales at LaunchDarkly. “The first day I stepped into the office an official employee, I just looked around at all of the things that I used to have to f—ing clean. It was an emotional moment. I cried like a baby.” 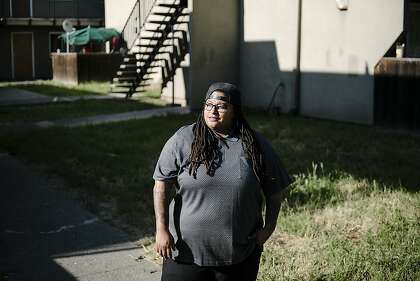 The country’s unemployment level reached 14.7% in April, with 20.5 million people out of jobs, according to federal data. Treasury Secretary Steven Mnuchin said this week that the number could rise close to the 24.9% during the Great Depression.

A 2017 McKinsey Global Institute report said 75 million to 375 million workers may need to switch their occupations by 2030 as “digitization, automation and artificial intelligence” disrupt the way we work. In the same report, 62% of executives said they believe they will need to retrain or replace more than a quarter of their workforce by 2023.

“That need was there before COVID happened, but the poignancy and pain of people being displaced from work and the need for people to quickly reskill or upskill is all the more pressing now,” said David Blake, who started San Francisco’s Learn In, a business that helps companies with employee training for professional growth. “Many of the stable, high-paying work is now being gated by skill requirements, and technology is scaling faster than people are learning. We must move to a model of lifelong learning.”

Shaan Hathiramani, founder and CEO of Flockjay, predicted a similar trend in tech sales and thought that was a skill he could teach nontraditional and underrepresented job seekers when he started his company two years ago.

“Digital fluency and human connection are life skills that we use in all aspects of any job, and tech sales are the most accessible on-ramp into an industry,” he said. “COVID is the accelerator of structural trends that have been around for a while, and I think that is especially true for online learning.”

JPMorgan Chase announced last year a five-year, $350 million commitment to reskilling its workers and expanding pathways to upward career mobility. The commitment underscored the growth of an industry that wasn’t prevalent during the 2008 recession.

Companies have to correctly identify the skills that need to be improved and the proper program to teach the skills. There also has to be a substantial monetary and time commitment, which is being met with greater tolerance as analysis shows it is cheaper to develop existing employees compared to hiring new ones.

Unemployed workers, on the other hand, are on their own.

In January, Athena Kan started San Francisco’s Ladder, which helps unemployed people identify licenses that can be obtained in three to 14 weeks for jobs that are hiring. The company’s website includes answers related to unemployment and the Cares Act stimulus bill.

Ten thousand people have already used the unemployment portal, including nearly 3,500 in California. Ladder is working to train certified nursing assistants in Northwest Indiana and had more than 1,000 applicants for its program since the coronavirus pandemic started.

Inspired by her father, who studied for and passed an electrical inspector licensing exam instead of hiring someone to do the job on their house, Kan wants her company to eventually spread across the country and include licensing for skills like plumbing, welding and truck driving.

San Francisco company GoSkills focuses on creating short business training videos for programs like Excel, project management and design. Last month, GoSkills saw a 22% increase in new learners, adding around 1,000 individual customers, and businesses using the service more than doubled to over 1,000, according to co-founder and CEO Bhavneet Chahal.

Jim Leary, a 50-year-old executive at a travel agency in Houston, lost his job during the pandemic. He has used GoSkills to master Microsoft Publisher and gotten certifications for completing courses in public speaking, body language, customer service and sales.

He’s currently pursuing a management position with Amazon, which requires experience with Lean Six Sigma, a process method that can be used by business teams. He was able to study the method on GoSkills and include on his application that he had enrolled.

“It’s such a convenient way to stay on top of productivity software,” Leary said. “This makes reskilling accessible and easy, which keeps a middle-aged candidate like me relevant and competitive in the workforce.”