Litecoin more often known as the silver to Bitcoin’s gold has surged by more than 100% since its drop on March 12. However, this surge might be undone soon as the coin is on the verge of a breakout from a bearish pattern.

At press time, 1 LTC was worth $46.65 with a market cap of $3.01 billion making it the 7th largest cryptocurrency in the world. The coin had a negative 4% performance in the last 24 hours. More of this drop might be incoming with the bearish rising wedge formed over the last 52 days. 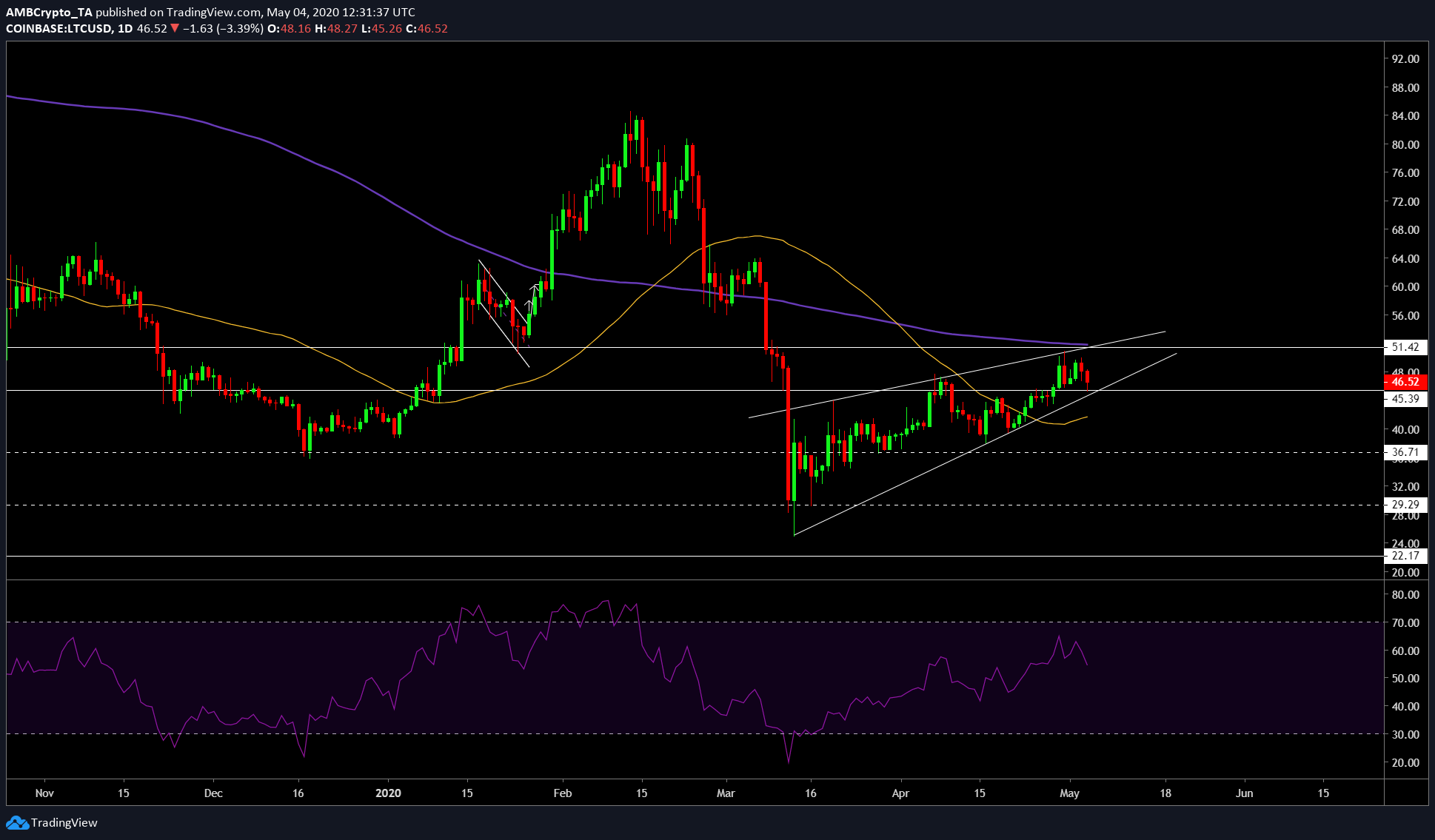 The way this pattern evolves will decide where the price will go. The pattern is hitting resistance at 200 DMA [purple], which usually separates the bull from the bear rally. As LTC hasn’t breached this level yet, it is still bearish for the coin. Coupling this with the rising wedge pattern and its bearish breakout, the outcome for the coin looks bleak.

If the price manages to hit the second target then all the gain since Black Thursday would be undone. To top this, the buyers might also be facing resistance at the overbought zone as indicated by RSI indicator. At the time of writing, RSI had already started its journey towards the neutral and the oversold zone.

The halving could be a savior in disguise, however, a ray of hope here is that the 50-DMA [yellow] looks to be surging closer towards the 200-DMA. Additionally, the coin’s inherent correlation with Bitcoin might be both a boon and a curse. Bitcoin’s halving coupled with an ATH correlation, could help Litecoin’s case and cause an unexpected surge.  While this may be an optimistic argument, the realistic target would be $36.71.