The collective crypto market was in a consolidation phase; as Bitcoin’s awaiting its third halving, conversations about the direction of its price engulfed the community.

Currently, the cryptocurrency market exhibited of convergence of Ethereum and Bitcoin price volatility despite the general notion that the price of the latter is expected to show some drastic movement right after its block reward halving. This was evidenced by the converging spread of the Ether-Bitcoin 1-month at-the-money [ATM] implied volatility which dropped to 4.3 percent on May 8th, according to the crypto analytic platform, Skew. 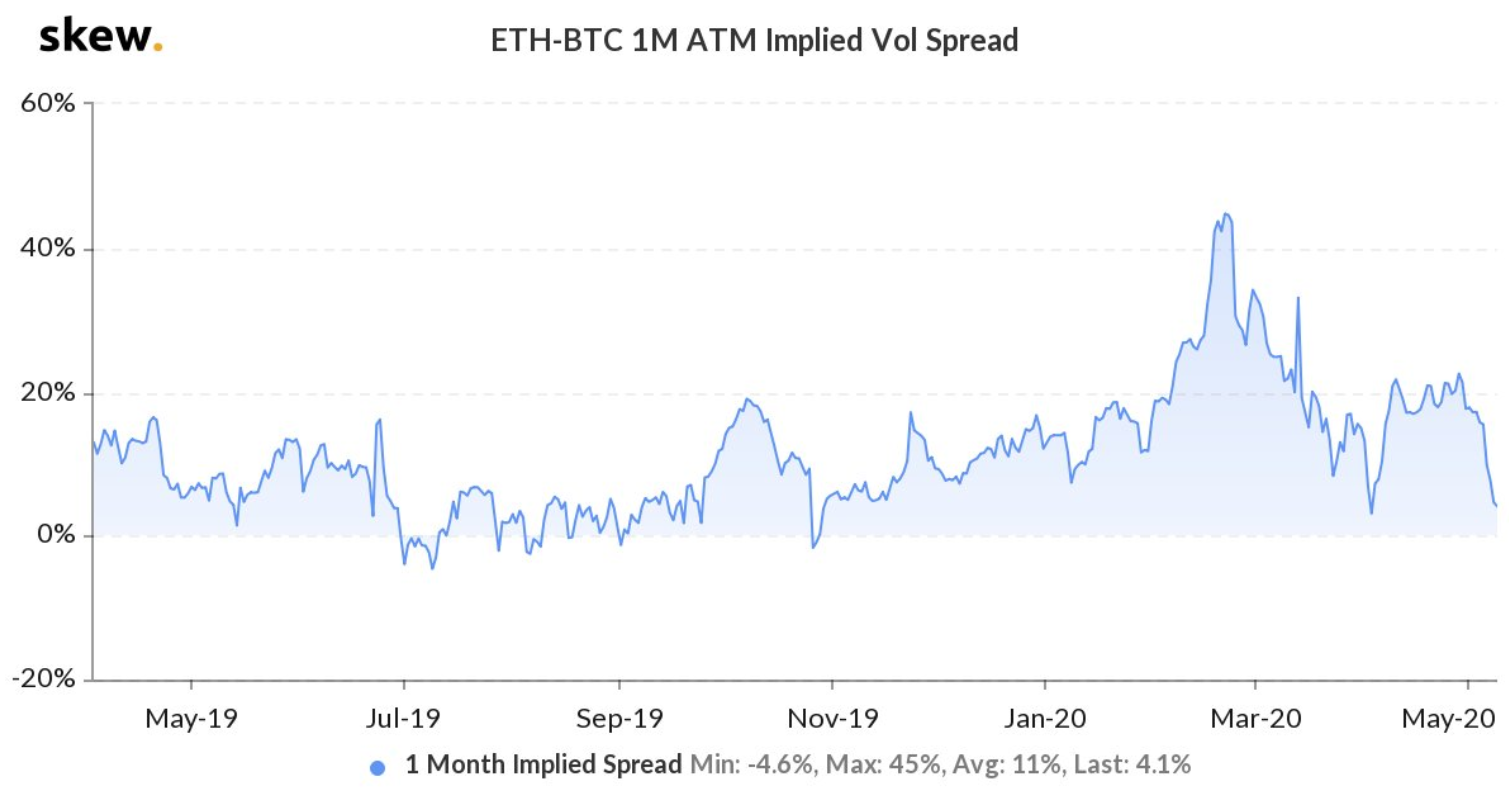 The compression implied that the price movements of the two coins are strongly tied to each other. Interestingly, ETH-BTC correlation coefficient dropped slightly after climbing to an ATH of 0.90, as depicted by the Coin Metrics chart. Despite the recent retracement to the 0.89 level, the correlation game remained strong.

ETH-BTC implied volatility differential topped at a record high of 33 percent on the 22nd of February, this year. It surged to 23% in the last week of April but has, overall, been on a decline. 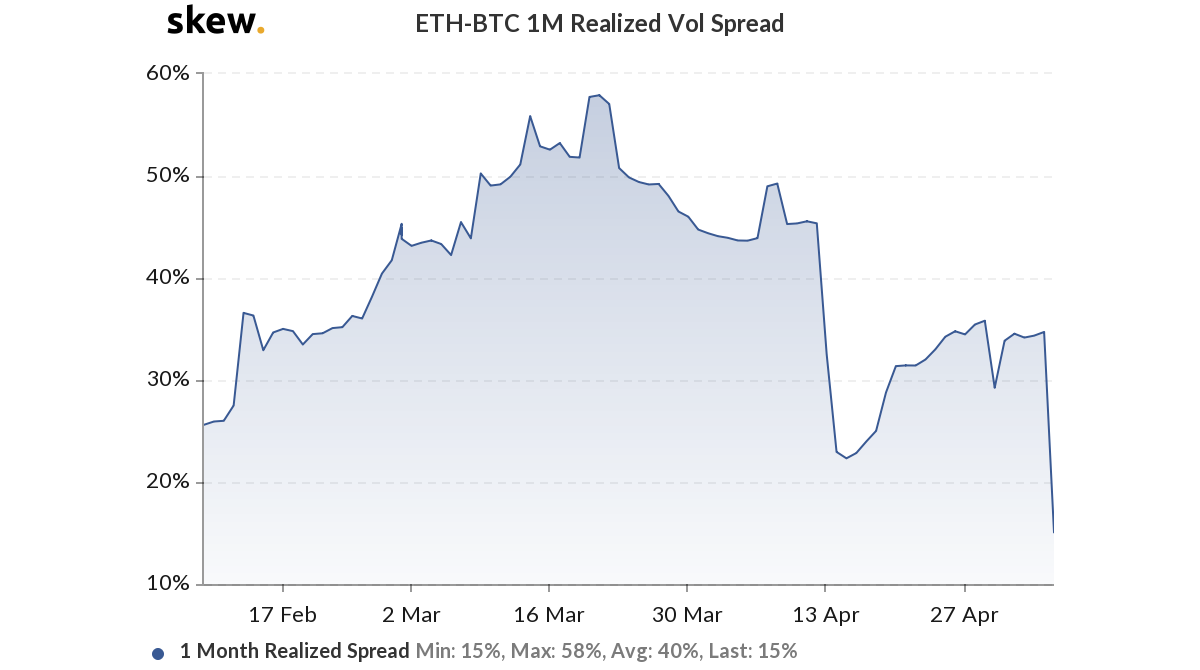 Interestingly, the realized volatility spread for 1 month ATM for ETH-BTC fell sharply; more precisely it dropped to 15 percent from 35 percent just a day earlier, this could be indicative of the fact that Ethereum was in much lower volatile state than Bitcoin because the market participants expect that halving will lead to some sort of price movement in terms of Bitcoin.

Meanwhile, right after the crash, while the realized volatility of both the coins has overall surged, the implied volatility, however, noted a significant fall over the same period. This increasing gauge with respect to the IV vs RV for both coins gave a fair idea that the market anticipated the coins may witness relatively lower volatility in the coming days.

Having said that, ultimately, like every other altcoin, Ethereum too will follow the footsteps of Bitcoin despite a minor decoupling over the last couple of months, the second-largest cryptocurrency will be affected by the likes of the king coin.