Ethereum miners are still in profit, here’s why this matters

Ethereum miners were enjoying the current market condition after the launch of Uniswap’s governance token, UNI. The launch drove the gas cost on the Ethereum network, which resulted in miners pocketing close to $1 million in fees within a single hour. These events along with Ethereum network activity resulted in the ETH miners earning more than from transaction fees whereas, the same was not true for Bitcoin miners.

As Ethereum miners rejoice in the current market conditions, the hash rate along with the network difficulty is climbing up.

As the price of Ethereum started to trend lower since the beginning of September, the miners’ revenues were also expected to drop. However, the rising hash rate indicated that the miners were still in profit mining Ether. 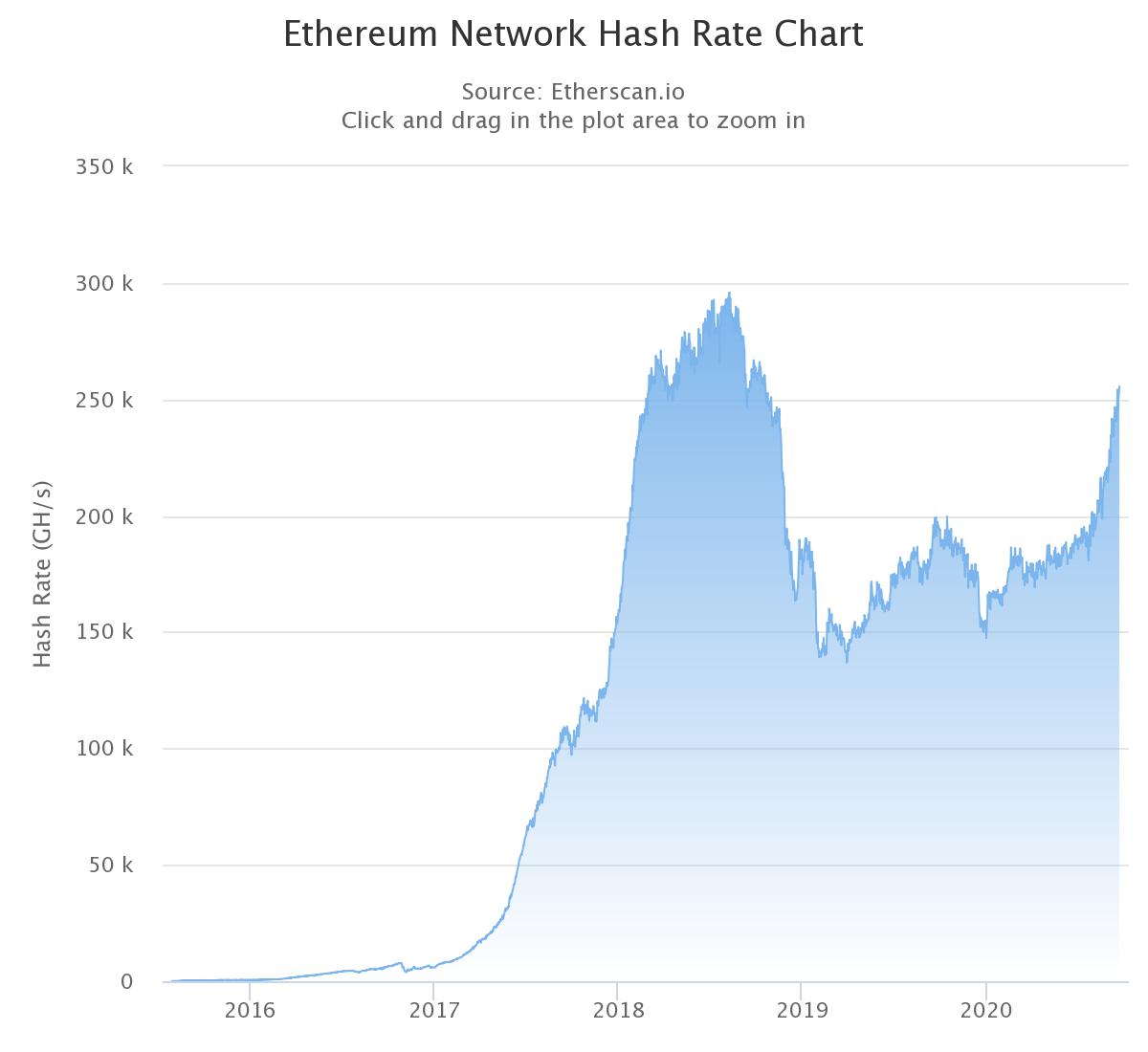 Data from Etherscan suggested that the hash rate had reached a two-year high of 255 terahashes per second. Reportedly this was due to NVIDIA’s fastest graphic cards, the GeForce RTX 3090. The GeForce RTX 3090 has a mining rate of up to 122 MH/s and with an average electricity cost of $0.08 per kilowatt/hour, it allowed miners to extract a large monthly profit.

As the mining gets sophisticated, more miners were joining the network. This has contributed to the rising difficulty of the network. In the last 24-hour, the network difficulty for the second-largest token had increased by 7.8% to 3,306 TH, a value unseen since December 2019. 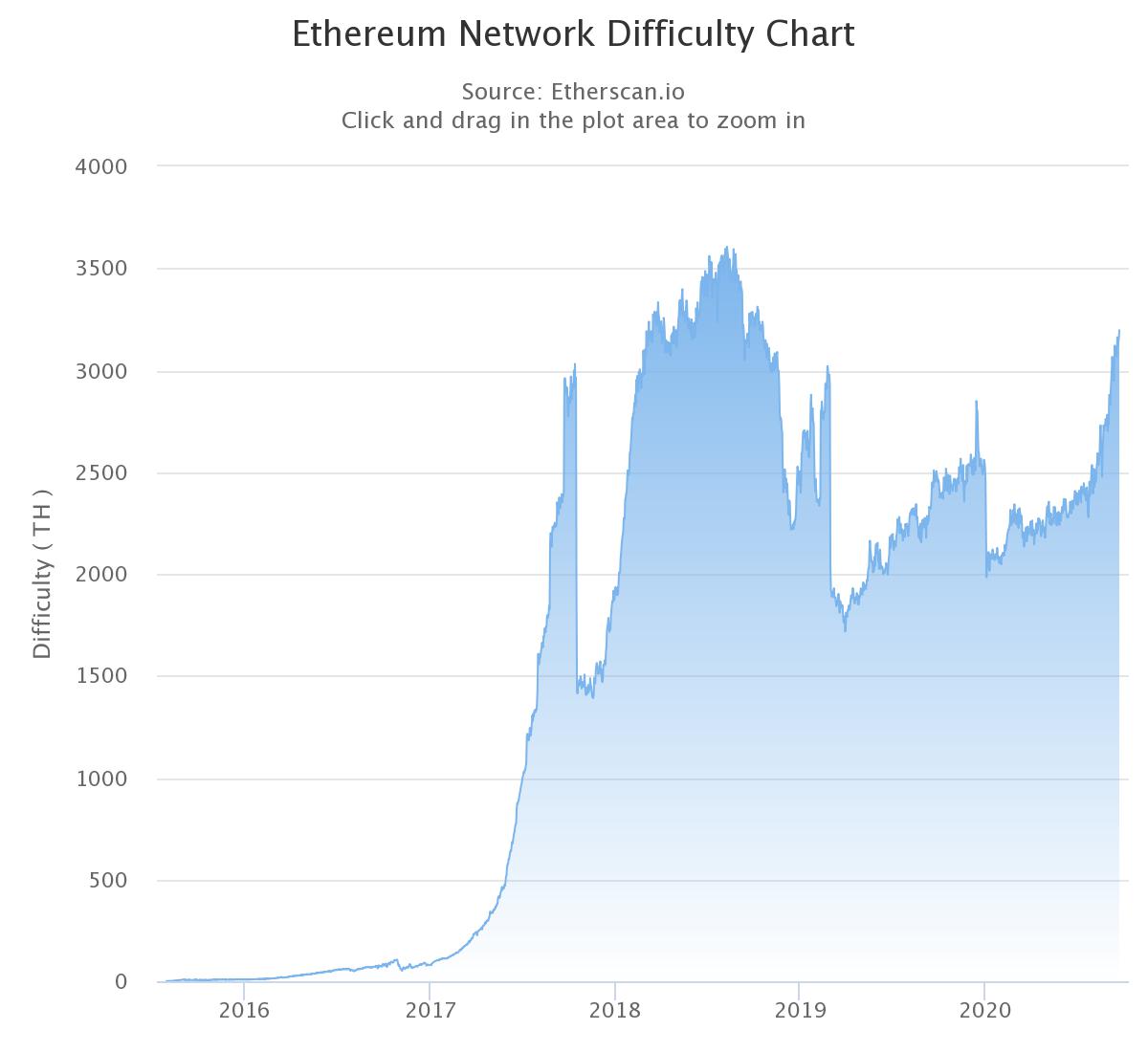 Although the miner revenue from fees was high, the ETH gas cost has seen a notable decrease in the past couple of days. The average gas price on 17 September was close to 538 Gwei, whereas, this value on 21 September shrunk to 176 Gwei, nonetheless, a high value, making it less user friendly.

As miners enjoy large sums of revenue from fees, the hash rate may keep rising and so will the difficulty. Thus, as DeFi users enjoy the Ethereum infrastructure, Ethereum may not be able to reflect the boom in its price.