Ethereum has not only been the market’s second-largest cryptocurrency, but it has also been the torchbearer for many of its fellow altcoins. Even as Bitcoin succumbed to a month-long consolidation phase, ETH was until recently noting new highs, with its growth contributed to by sectors such as decentralized finance [DeFi] and stablecoins. However, this growth was limited to the spot market as there was a lot of congestion on the Ethereum blockchain, one that pushed Tether’s [USDT] move to OmiseGo, a Layer 2 solution for Ethereum.

The aforementioned integration between Tether and OMG Network would result in a reduction in confirmation times, while also helping ease the burden of high transaction fees. While the news did lead to the OMG token soaring by almost 115% within a week, Ethereum soon noted a brief pullback in the market. 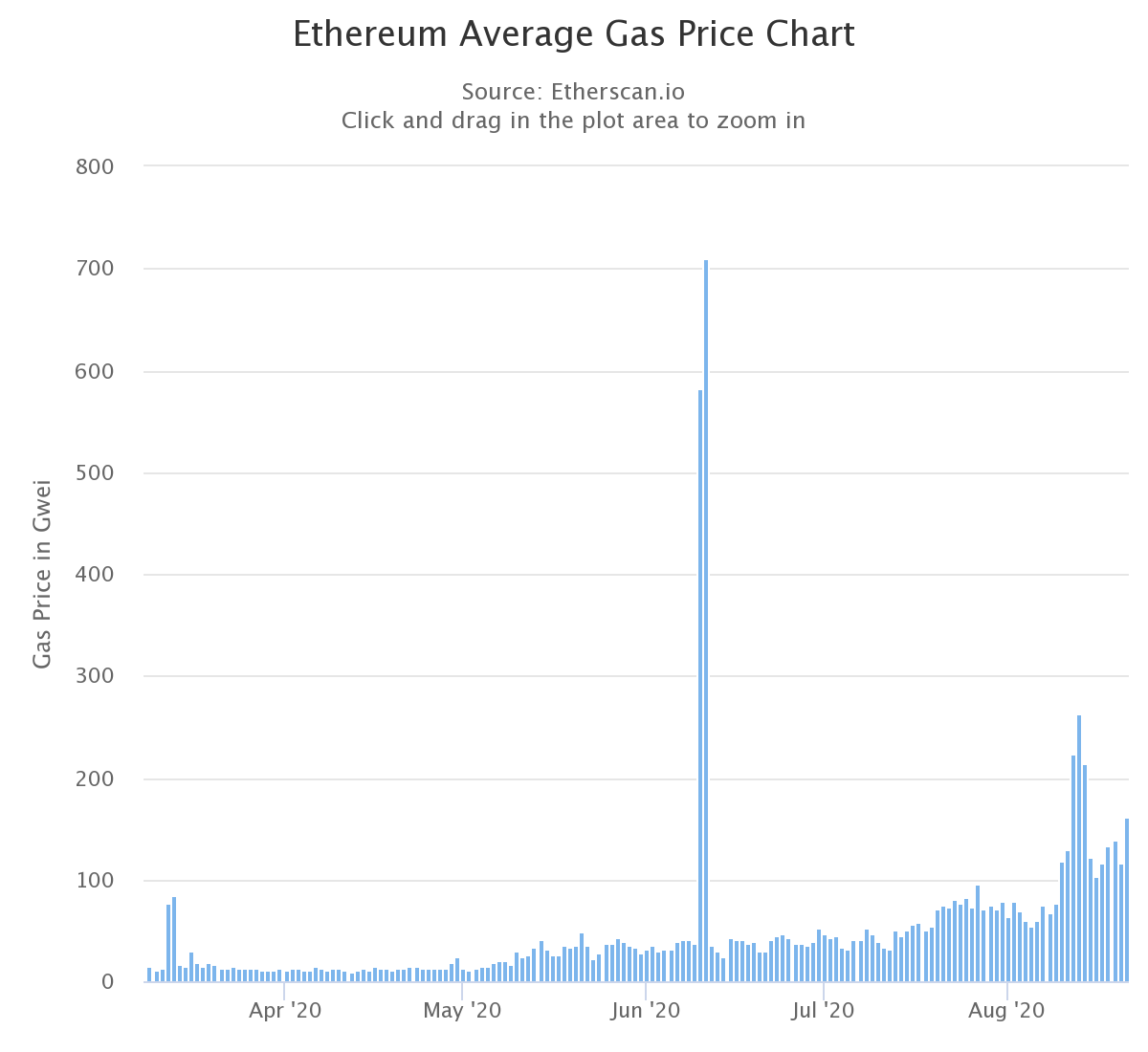 This was a sign of the fact that gas priced had not been impacted, despite Tether moving onto OMG.

Meanwhile, altcoins’ market cap has been also registering a proper decline. In fact, many mid-cap ETH-based assets were reporting great gains like Golem [GNT] with a 95% surge on its charts while Ethereum slumped by 8%. 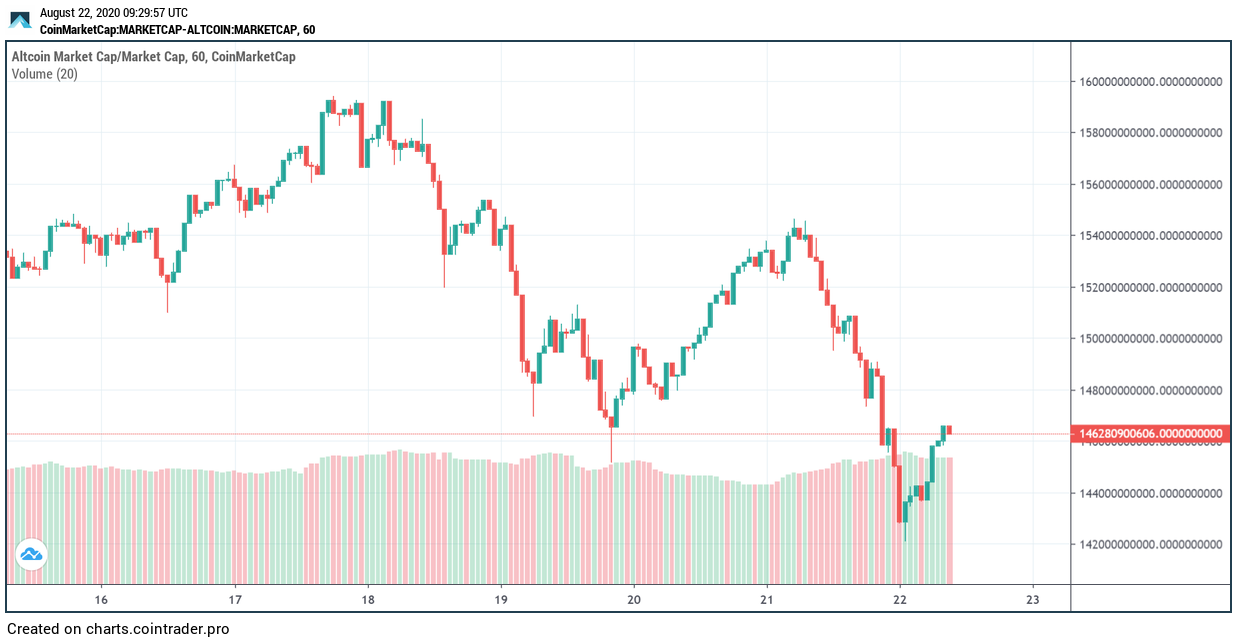 Along with Ethereum, most major assets have been the victims of a red Friday. At press time, ETH was falling by 4% in an hour, while other major cryptos like Litecoin [LTC] and Bitcoin Cash [BCH] were noting falls of 3-4%, all within the hour.