Warning: Cannot modify header information - headers already sent by (output started at /home/customer/www/thefuturecoin.com/public_html/wp-content/plugins/jnews-social-login/class.jnews-social-login.php:83) in /home/customer/www/thefuturecoin.com/public_html/wp-content/plugins/jnews-weather/class.jnews-weather.php on line 70
 For Bitcoin how important were its retail Hodlers during Black Friday? – The Future Coin

For Bitcoin how important were its retail Hodlers during Black Friday?

With the halving just a few hours away, all the eyes are on Bitcoin’s price. A day ahead of the event, its value crashed below $9,000 which prompted heavy liquidations. As the coin was expected to go past at least $10,000 in the near term, the latest crash highlighted the coin’s high volatility as it swayed the entire crypto market.

This crash, however, was not as fatal as the one that occurred on 12th March which wiped half of Bitcoin’s yearly highs. Following this, institutional support hit a low point as the retail investors held on to their Bitcoins. Along the same line, Charles Hoskinson, the CEO and Co-founder of IOHK in a recent conversation with CoinMarketCap revealed,

“It looks like instead what people did is they mass liquidated and went to the U.S. dollar. But I think there’s probably a bifurcation there, or at least a bimodal distribution of sellers.”

“I think the institutional investors liquidated their crypto assets and went to dollars, but a lot of retail investors actually held, which is why we did not freefall into 1,000 territory or 800 territory.”

Despite this, a rising bullish sentiment swept the derivatives marketplace as institutional players such as CME and Bakkt’s open interest for Bitcoin futures gradually increased to new highs over the past couple of weeks. And the investors were now bracing themselves for the third scheduled halving of the world’s largest cryptocurrency on 11th May.

There is no denying that much of the increased demand came from retail investors. This was evidenced by the increasing retail participation over the past few months. According to the crypto analytic platform, Glassnode, the number of addresses holding at least 0.1 BTC started rising substantially from February and all the way up to a new record high of 3,014,888, 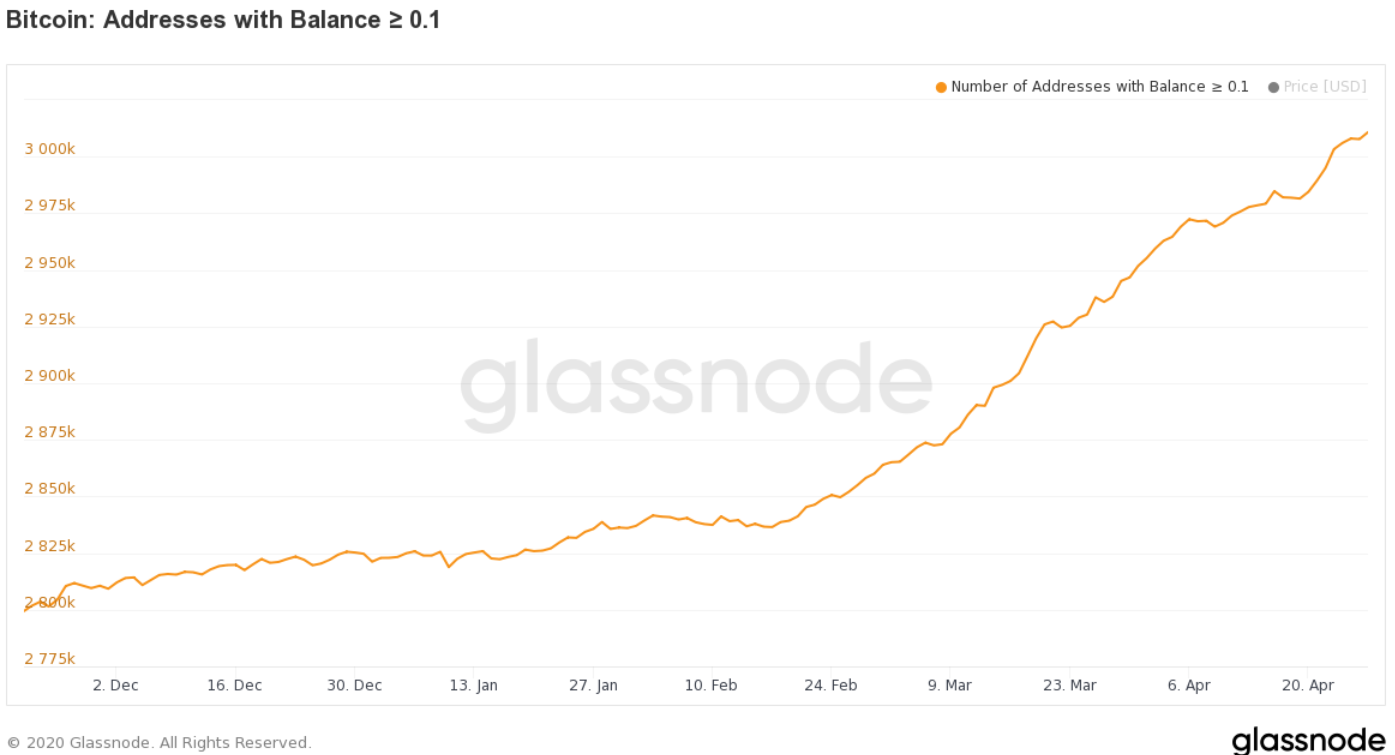 This figure maintained a steady upward trend even when the price fell below $4,000 following the Black Thursday crash, implying that the retail side was preparing to lock in profits as the halving neared. However, it is not just the retail lot that has been accumulating. Whales and institutional investors also have risen significantly and as these experienced players were eyeing for profit, there was also a risk of institutional dump following the event which could trigger severe sell-off. 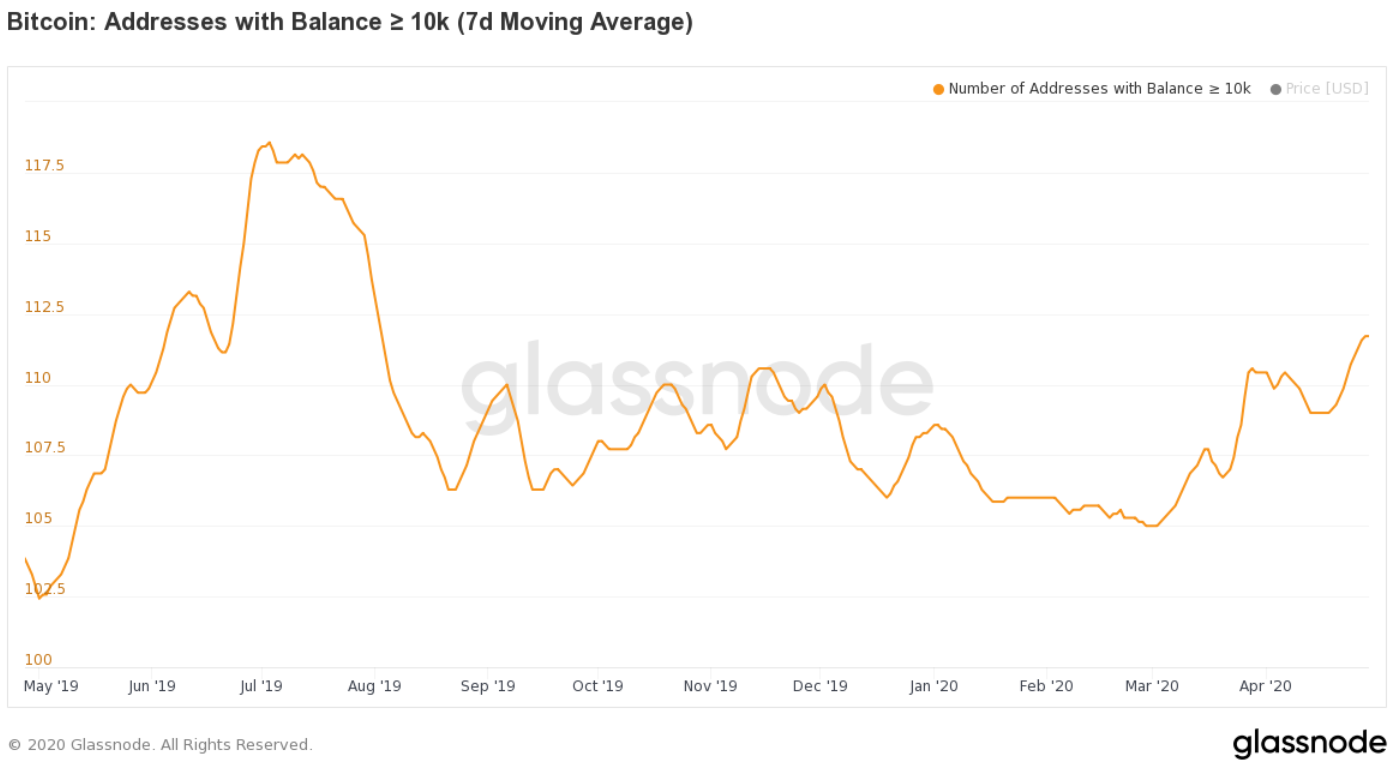 Many in the community are of the opinion that the halving will push BTC’s price northwards. But it seems like the Millenials are more risk-tolerant than the baby boomers. Talking about the various demographics, Hoskinson noted that the largest buying rate of cryptocurrency came from people under the age of 30, meaning that Bitcoin was more appealing to a younger audience. Statista’s latest graph showing a high percentage of users within the age group of 25-34 years was also indicative of this trend. 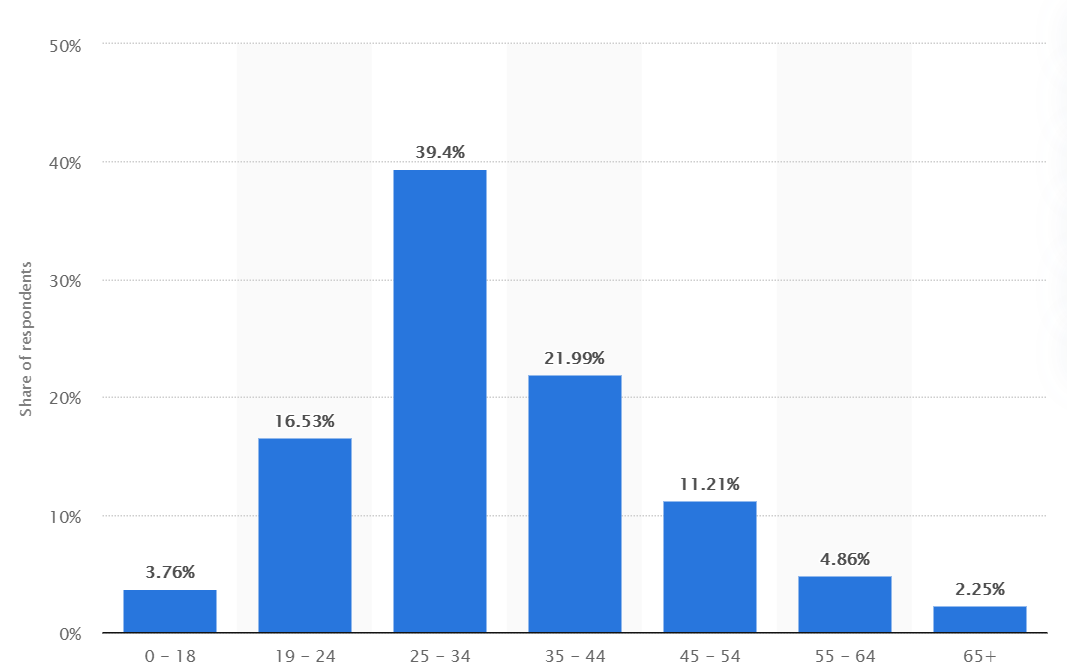