Editor’s Note: Get caught up in minutes with our speedy summary of today’s must-read news stories and expert opinions that moved the precious metals and financial markets. Sign up here! 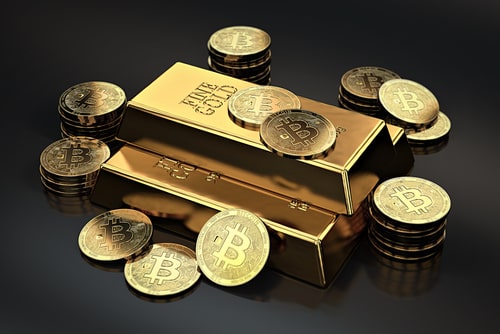 (Kitco News) Gold and bitcoin are performing very well this year as many investors opt for alternative assets amid the COVID-19 pandemic. But there is still a clear generational divide with the older folks loving gold and younger ones putting their trust into bitcoin.

“The two cohorts show divergence in their preference for ‘alternative’ currencies,” JP Morgan analysts led by Nikolaos Panigirtzoglou wrote in a note in August. “The older cohorts prefer gold while the younger cohorts prefer bitcoin.”

The preference for gold and bitcoin as the alternative go-to assets is also having an impact on the correlation between the two, the analysts noted.

Both assets have a lot to offer investors this year. Gold is currently attempting to re-claim the $2,000 an ounce level on a sustainable basis following a correction, which was triggered after the yellow metal hit a new all-time high and neared close to $2,100 an ounce. Bitcoin is also seeing quick gains as prices surge past $12,000 this week.

This generational divide is not likely to end any time soon as the younger investors view bitcoin as an alternative asset to the U.S. dollar.

Just last week, the Winklevoss twins, who first became famous through the highly-publicized dispute over the founding of Facebook and are now the creators of the cryptocurrency exchange Gemini, argued that “there’s billions of dollars of gold floating in asteroids around this planet, and Elon [Musk] is gonna get up there and start mining gold … That’s why gold is a problem, because the supply isn’t fixed like Bitcoin.”

The twins made their comments during the interview with Barstool Sports founder David Portnoy.

JPMorgan’s note revealed a number of other interesting trading patterns, including that younger generations dislike funds and prefer to buy individual stocks.

In contrast, the older generations prefer investing into funds. “The older cohorts continued to deploy their excess liquidity into bond funds, the buying of which remained strong during both June and July,” the analysts added.