Spot exchanges have been suffering over the past couple of months, as underlined by the outflows generated in terms of Bitcoin. With investors looking out for another medium to acquire digital assets, no group of investors is currently paying more than the ones involved with Grayscale, especially the Grayscale Ethereum Trust. 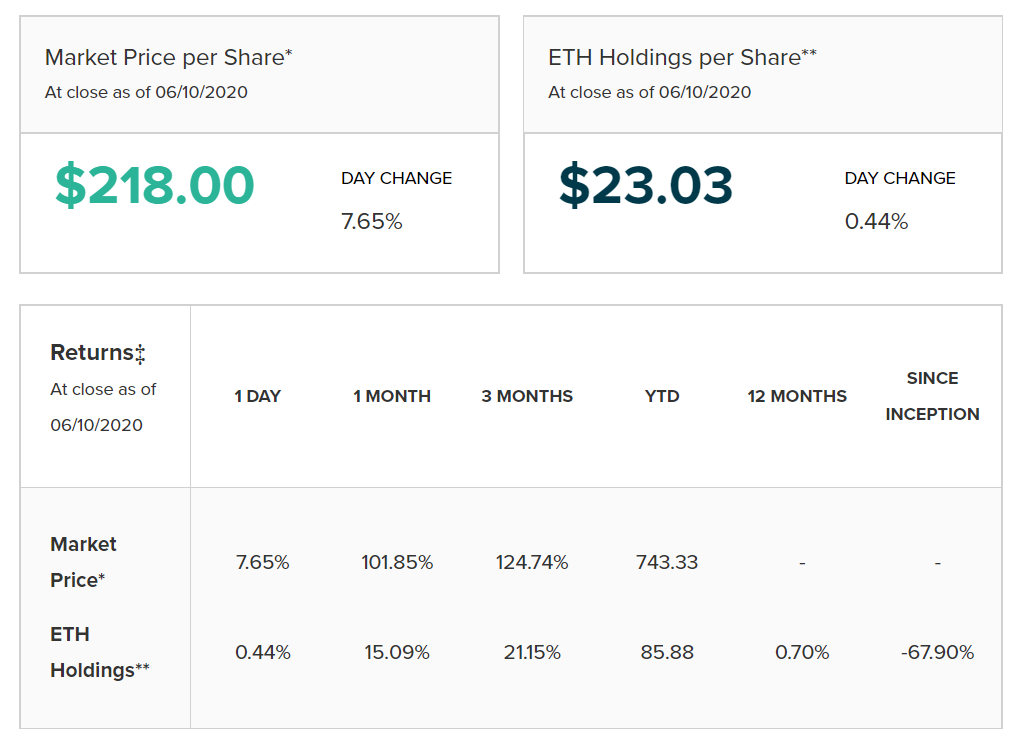 At press time, grayscale.co dictated that the market price per share of ETHE was about $218 and ETH holdings per share were estimated to be a mere $23.03. Hence, it meant that investors were paying a premium of over 1000 percent to gain secure exposure to Ethereum’s price performance.

Additionally, it was also established that the market price of ETHE had risen by 743 percent since the start of 2020.

Now, according to a recent Longhash article, shares of ETHE sky-rocketed due to the significant increase in demand for Ethereum from a wider market. The magnitude, the degree with which ETHE prices rose were evident in light of the fact that the world’s largest altcoin has been outperforming Bitcoin since the beginning of May, in terms of positive gains.

The market price per ETHE was as high at $239.50 on 4 June, a time when ETH was valued at $241.48. For comparison, ETH was valued at a higher price at the time of writing, so the same had dropped in value over the past week.

The sudden rise in premiums is still a mystery as the post read,

“ETHE shares trading effectively for the same price as Ethereum meant that investors were buying exposure to the cryptocurrency at an implied price of approximately $2,500.”

Are institutional investors getting strongly involved with Ethereum as well? 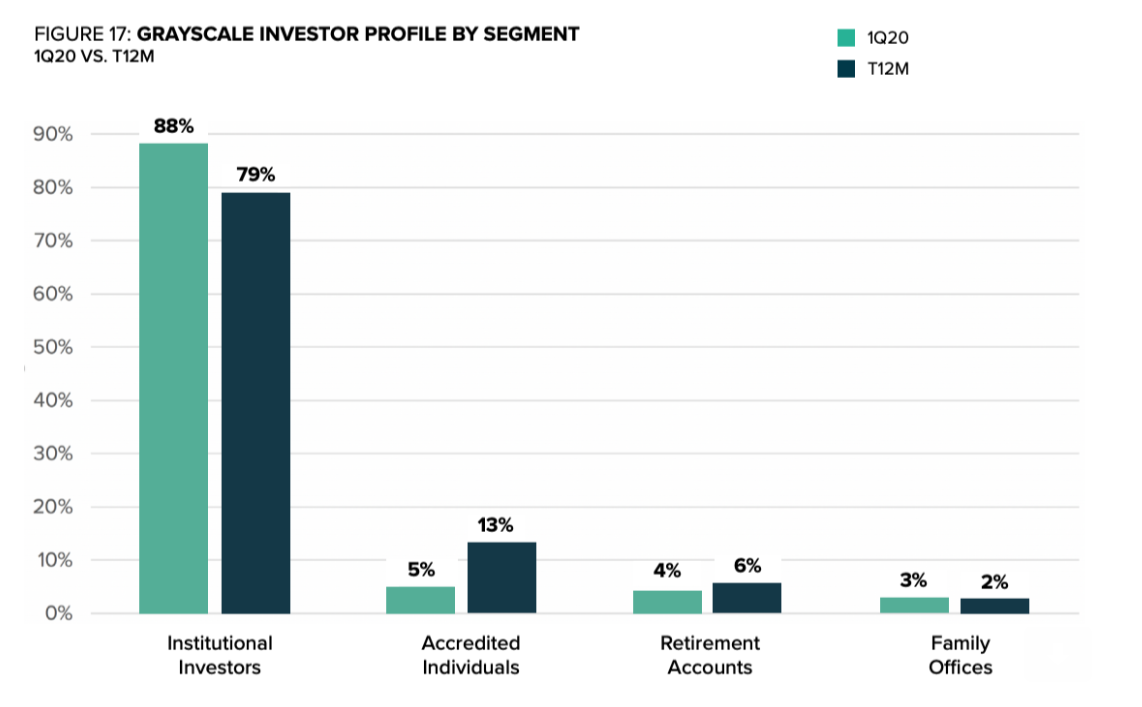 From the attached chart, it can be observed that Grayscale‘s products are mostly generated and driven by institutional investors. It is likely that some of these inflows are viewed on the premium as investors can sell at a premium on OTC markets after their holdings are locked up.

However, the premium might not be directly indicative of institutional demand. The premium is simply a function of the lack of redemption mechanism and poor awareness about it among retail investors.

Is the high premium going to last?

The premium is unlikely to last, fortunately, for retail investors.

Even though ETHE trades on the secondary market, the market shares are minted via a private placement process that only involves accredited investors. Now, institutions can be accredited investors as well and they can buy ETHE shares for the same valuation as the spot prices. However, they need to hold their shares for a lock-up period of one year.

Now, according to reports, about $75 million will be unlocked by the end of October, a figure that will be close to $100 million by 2020. After that, the holders will have the option to liquidate them on the secondary market for a profit on the premium.

As a result, the market share value of ETHE will start to decline as the shares hit the secondary market.

Ethereum competitor Near Protocol (NEAR) gains 106% as DeFi heats up