Halve it Your Way… – Blockchain News, Opinion and Jobs 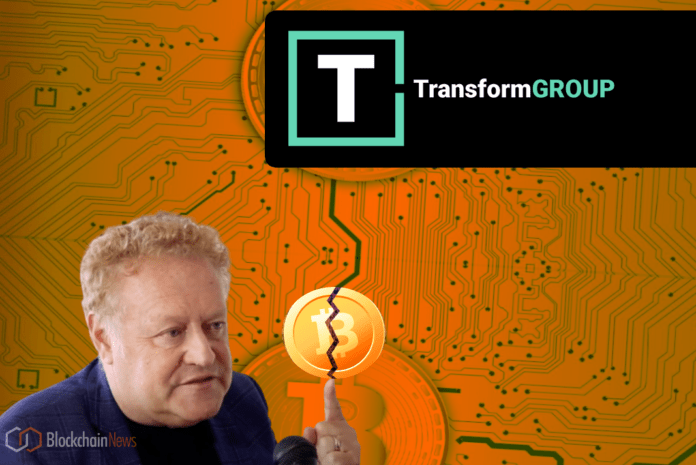 Recently, the bitcoin halving took place. Specifically, the new supply of daily bitcoin entering the market was cut in half for the third time in history at about 7:30 pm UTC. In a prescient act of historical proportion, the final block of the third era of bitcoin had the following message added to it by miner f2pool: NYTimes 09/Apr/2020 With $2.3T Injection, Fed’s Plan Far Exceeds 2008 Rescue.

This is an homage to the Genesis Block in January 2009 (the first block of the first four-year era of bitcoin, where 50 bitcoin were available as the reward every ten minutes for securing the block), which was a headline from the Times of London: The Times 03/Jan/2009 Chancellor on brink of second bailout for banks.

As many of you know, the era of 50 bitcoin blocks ran for about four years, from January 2009 – November 2012, when the code kicked in and reduced the block reward by half: to 25 BTC every ten minutes. Nobody was quite sure what this would mean, but in theory the smaller supply with constant or growing demand would lead to an increase in price. It did, in November 2013, when the price on MtGox shot up to around $1200, a 100x return in one year.

Following a huge correction that sent prices back down to $200 for much of early 2015, the Second Halving took place in July 2016 at just over $600. By the end of 2017, the “supply shock” and retail interest combined to send the price to nearly $20,000 in December. One year later, the price was under $4,000 (surrounded by the perennial choruses of “bitcoin is dead”).

We can expect plenty of volatility in between now and then – and surely another crash after the next all-time high as retail investors get punished, like Pegasus, for getting a little too close to the sun. Throw in the excess trillions created by the great fiat money printing machine and the collapsing third world economies who cannot easily inflate their monetary base, and it’s going to be a wild ride.

If you’ve read this far, you’re probably going to be interested in the incredible Power Panel of experts I’ve lined up to discuss the aftermath of the Third Halving on Wednesday, May 20, at 10 am pt / 1 pm et. This will be our second CoinAgenda Virtual conference and it will kick off with a fireside chat with the “Oracle of Bitcoin” himself, Vinny Lingham, who I first met in May 2013 when he was the only person in a room of experts to predict that bitcoin would hit $1,000 by the end of the year (it was $120 that day); he also correctly predicted the bear market of 2014-15 and many other accurate forecasts. In his day job, he is an incredible serial entrepreneur, CEO of Civic and a General Partner at Multicoin Capital.

Following this, I will moderate a panel on the impact of the halving on bitcoin price and dominance with three of the brightest and most accomplished people I could ask to have on a panel, much less one on this topic: Catherine Coley, CEO, Binance US; Matthew Roszak, founding partner of Tally Capital, chairman and co-founder of Bloq; and Tone Vays, legendary bitcoin trader and YouTube personality. The first 50 tickets are free and the event is limited to 100 attendees. You should hurry and book your seat now (Please use the code MTVIP to get in free).

While we await the slow, safe reopening of society, we will continue monthly events for both CoinAgenda and for BitAngels. We are still hopeful that we can hold our 7th Annual CoinAgenda Global in Las Vegas on October 24-25, wedged in between World Crypto Con and Money 20/20. Our tentative location is at UNLV, and attendance will likely be limited to 150 people. It’s five months from now, so stay tuned for updates.

The PR division of Transform Group recently signed up three new retainer clients: Brave New Coin, NGRAVE (also for advisory services), and Telos Foundation. We also generated great media coverage for our client B21 on the launch of their cryptocurrency investment and portfolio management app. (And just to show we “eat our own dog food,” we generated stories in Bloomberg, NY Times, Gizmodo, Reuters and many other publications for my RICO Act suit against the teenage ringleader of the cyber gang that hacked me in early 2018.) My separate case against AT&T is still working its way through the courts.

It’s the seventh anniversary of BitAngels (I’ve written about this occasion on my Medium channel)! Please visit us at www.bitangels.network and attend our events this week, including our third “Best of the Cities” event on Friday, May 22. Terpin holds an MFA from SUNY at Buffalo and a dual BA in journalism and English from Syracuse University, where he serves on the board of advisors at the Newhouse School. Terpin is also an active investor and advisor.