Warning: Cannot modify header information - headers already sent by (output started at /home/customer/www/thefuturecoin.com/public_html/wp-content/plugins/jnews-social-login/class.jnews-social-login.php:83) in /home/customer/www/thefuturecoin.com/public_html/wp-content/plugins/jnews-weather/class.jnews-weather.php on line 70
 How to Buy and Invest in Libra Coin – The Future Coin

How to Buy and Invest in Libra Coin

152
SHARES
1.9k
VIEWS
Share on FacebookShare on Twitter
The Libra coin caused a stir in the cryptocurrency industry the moment it was announced. Libra coins are a product of Facebook. Yes! They are the product of the most popular social media network and that’s why people think Libra coins have the chance of getting adopted.

But let’s just discuss all that later. First, we will need to find out how Libra coins can be bought, what is the purpose behind their existence, do they have a store value, and can you use them for long-term investments? Let’s find it all out.

What are Libra Coins and Why You Should Buy Them?

So, first things first. Libra coins were developed by Facebook to answer the most daunting question revolving in the crypto industry i.e. will we be able to use cryptocurrency for business transactions?

Thus, Libra coins were born. These coins are a lot different than other countries in the crypto market because they are not made to be used as a hoarding material. Instead, Facebook plans to implement Libra coins in its payment system. This would increase the adoption rate of the currency and make it faster to bring in the mainstream world. 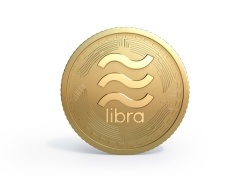 The team behind the Libra project says the coins will have defining features of money. It means that they will be able to act as a store of value, unit of account, and measure of value – all of the features that other cryptocurrencies lack at this time.

Since the coin is a product of Facebook, there is a higher demand associated with the coins. All this creates an aura of mystery among people who believe Libra’s price will shot up when it is released in the public sphere.

However, that’s not the case. Facebook has taken strict measures to make it a currency rather than a commodity. Its lead developer David Marcus says that the currency will fluctuate based on the real market conditions of the world. It will be tied to USD, JPY, EUR, and GBP.

How Libra Coins Were Formed?

The idea behind Libra Coins came to the founders of Facebook after the sharp drop of Cryptocurrency prices in mid of 2018. The team had already created a blockchain division by then and was testing out different projects.

However, a coin was not on the table. But when Marcus saw that the cryptocurrency is too volatile to trade in, they fetched a new plan. The plan was to create Libra coins and associate them with the Facebook platform.

Since then, development is in high swing and the currency is almost ready to roll out. The initial plan was to roll out the currency by the mid of 2020. However, the current market crisis deems that difficult and it is estimated that the coin will roll out by the start of 2021.

Once rolled out, the Libra coin division will act separately from the mainstream social media app. It will have its subsidiary called Calibra, which will also provide the wallet for holding the currency. It is also assumed that the regular crypto wallets will not be needed to store Libra Coins.

The Purpose Behind the Libra Cryptocurrency

The idea behind the currency is to reach the 5 billion unbanked market for financial inclusion. Currently, the black economic net is on the rise and people are using hard cash to buy and sell products. Since most people have a smartphone but not a bank account, Libra Coins will help them get active in the digital economy.

However, it is still too soon to speculate if Libra coins will be able to bring a significant change in the mass market. It is something that only time will tell.

Buy or Trade with Libra Coins: What’s the Difference?

When the currency is released in the mass market, you will be able to use it for both purposes. However, Facebook will provide its conditions of how much money can be used for trading because its motive is a little different than the rest of the cryptocurrencies in the industry.

The association behind Libra coins has created a system called Calibra that acts as a libra coin wallet. Consider it as a standalone app that can hold your Libra transactions. With Calibra, you won’t have to use another wallet to store transactions because all that would be done in realtime.

The best part about using Calibra is that it will be linked to both WhatsApp and Facebook Messenger. You can use the coins for payments, borrowing, and transactions as the currency will be maintained by Facebook.

Now that we are aware of how Libra currency works, it is important to analyze its benefits and how they make it a better cryptocurrency to vouch for.

✅Innovative currency backed by the biggest social media network;
✅Higher adoption rate because of low volatility and control;
✅A replacement of hard cash with minimum transaction fees;
✅Viable for future monetary growth;
✅Backed by other financial giants such as Visa and Master Card;
✅Wallet accessible through Whatsapp, Facebook, and Messenger.

❌Libra coins will come under strict scrutiny because of GDPR and CCPA. So, the price hikes will not be as plausible as are available in other cryptocurrencies;
❌Third world countries will have a hard time adopting Libra as a cryptocurrency and replacement of financial currency.

Now it is time to know where Libra cryptocurrency will be available after its launch. You will be able to buy it from multiple forex websites, cryptocurrency trading platforms, and crypto exchanges.

One such trading platform is eToro. It is one of the biggest crypto exchange websites and is used for multiple currency trading every day.

Get Started With Libra Coins

That’s all you need to learn about the Libra coins. Now it is time to just wait and watch. You can start buying Libra coins as soon as they are released in the mass market. You have the resources, the historical trends, and the price speculation websites, all at your fingertips. So, when the coin is released, just be ready about how and where to buy it from.

Since Libra is purpose-made for financial inclusion, its market cap will be a lot more than many other currencies in the market. It is also expected that the value of one Libra coin will be $1. This will keep it tied with the current dollar value and make it easier to penetrate the mass market. 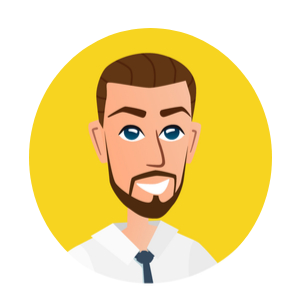 Jason is MoveYourMoney’s engine, the driving force behind your all-in-one financial website. He’s a financial analyst with a passion for blockchain and cryptocurrencies who’s been following the industry developments since it made its first steps.