How To Choose An ICO To Invest In

How to evaluate ICOs

There are a ton of ICOs out there, with every single one of them promising huge returns and useful perks for potential investors. But before you get carried away and start sending your hard earned money to every single project out there, remember that many, if not most of those projects will inevitably fail or will turn out to be a scam.

Keep in mind that all cryptocurrencies and the Ethereum platform, in general, is basically an experimental technology. A vast majority of ICOs are reliant on Ethereum, and they themselves are a very experimental mechanism. It’s an experiment on top of an experiment.

A typical project holding an ICO will have a website and a white paper, containing as much information about the project and its goals as possible. Those will describe the team and its relevant experience, the idea and the roadmap of its execution, approximate goals and means of reaching them, and so forth. 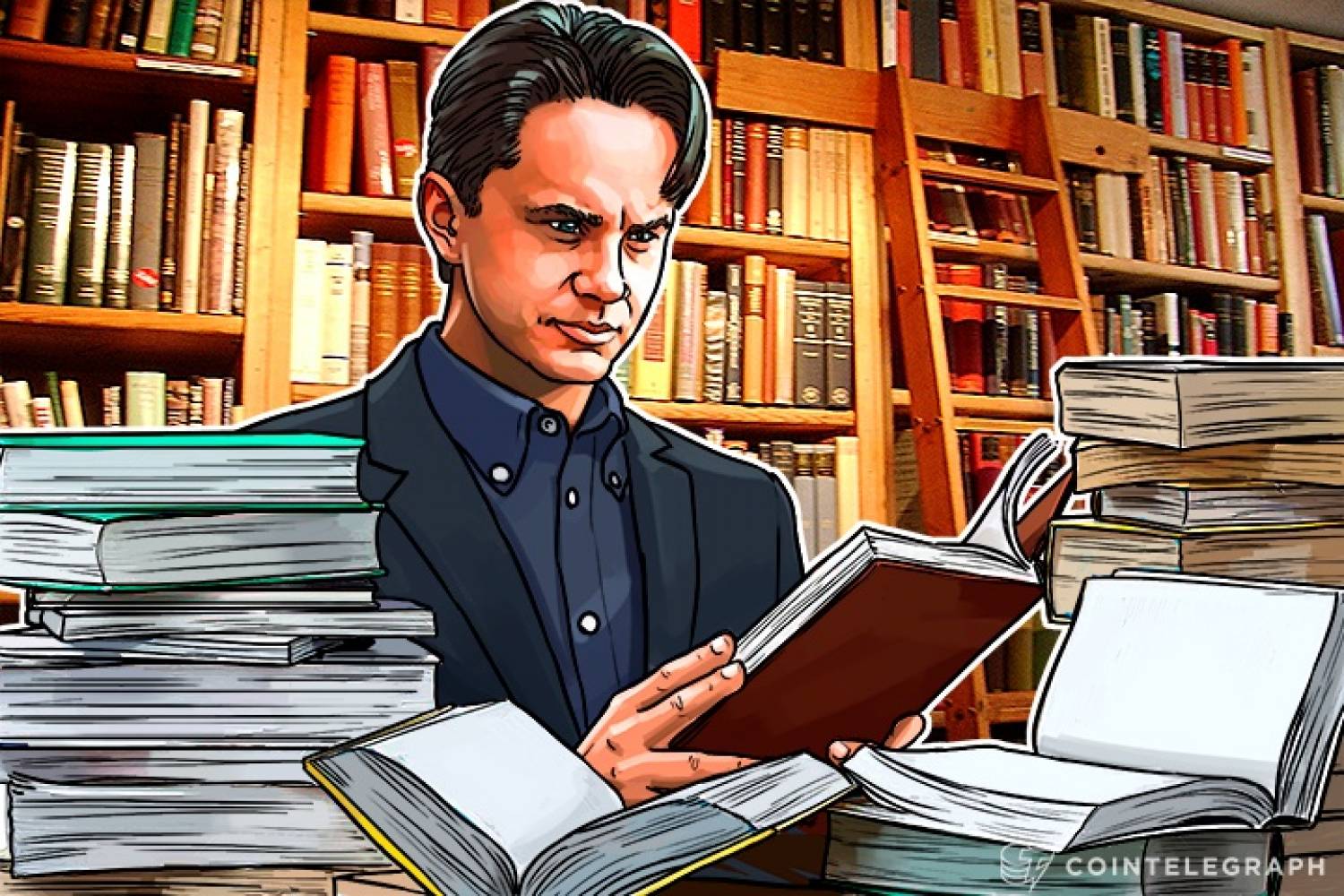 One thing the project won’t have is a finished, functional product. So, essentially an ICO campaign is a “so, here’s an idea, and this is roughly how we’re gonna try and do it, send us some money please” type of situation. It is up to you to evaluate every possible aspect of a campaign and decide for yourself whether you’ll be putting your funds at risk by taking part in it.

Nevertheless, it’s important to mention that in some cases that risk pays off. For instance, EOS held an ICO campaign without any form of a working product or even a platform but still managed to raise over $185 mln in just five days. Moreover, their token started trading at $0.925 and was trading at around $5 for a few days after an ICO. At the time of writing, EOS is trading at $8.3, so if you were an early investor and decided to sell your tokens now, your profits would’ve been almost tenfold.

Should I invest in an ICO? Simple finance advice

Every single guide on anything even remotely related with cryptocurrencies will give you this one simple advice: don’t commit more money than you can afford to lose.

But don’t take our word for it, here’s what the mastermind behind Ethereum and perhaps the most prominent figure in the crypto world VItalik Buterin had to say about it: 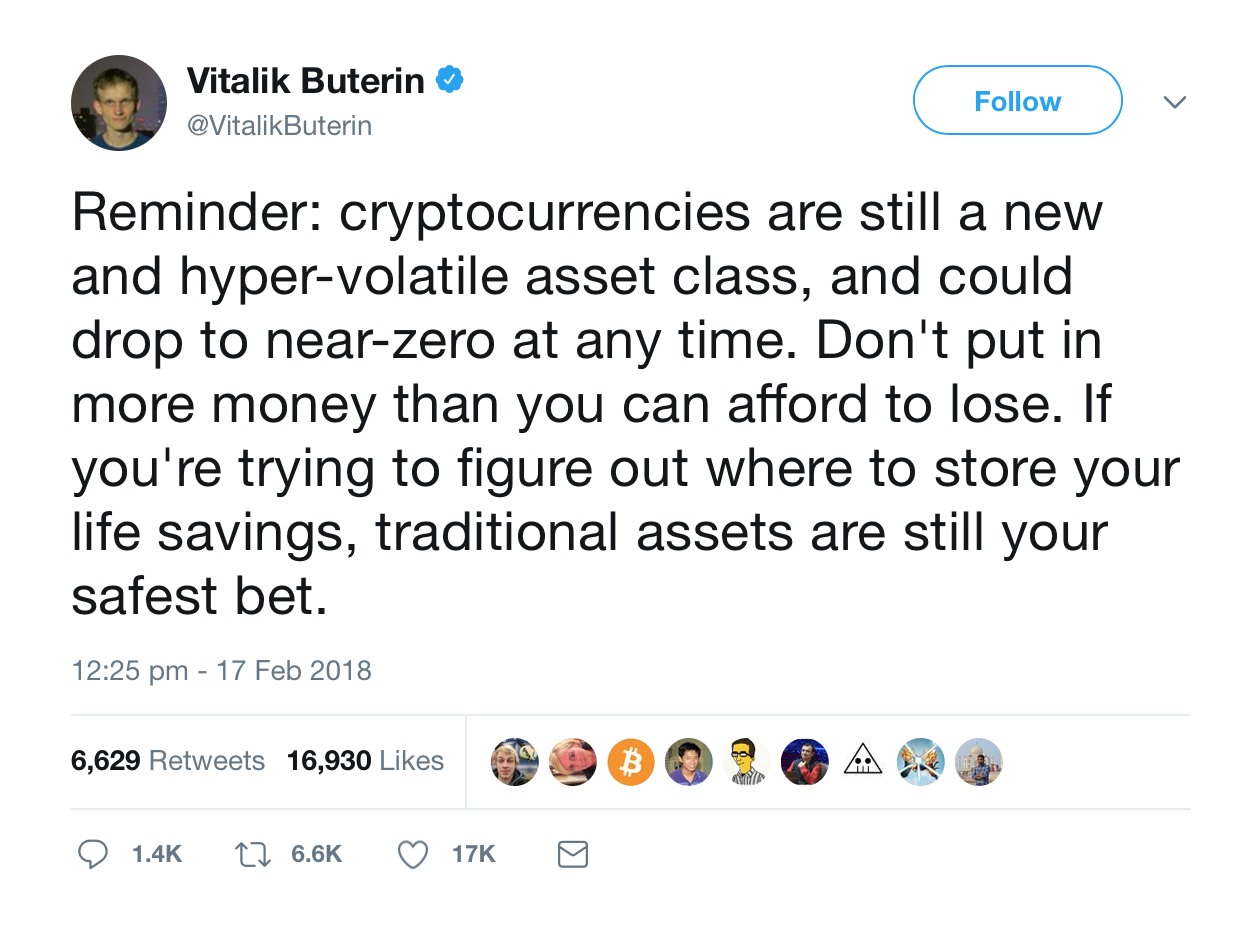 How to spot an ICO scam?

Find out everything you can about the development team

First off, make sure that the developers are not anonymous. If they are, that is as red of a flag as it can possibly be. If there are names listed Google them thoroughly, focusing especially on the development team and the advisory board. Many fake ICOs will claim involvement of some sort of a prominent figure, more often than not it’s Vitalik Buterin, make sure to always triple check that information.

Make sure to check where the team members went to school, what they studied there and what kinds of things they have worked on before. Focus on relevant cryptocurrency experience, previous ICOs they took part in and the impact they had on the project. What you’re looking for here is whether their previous experience will be sufficient for this particular project to succeed. 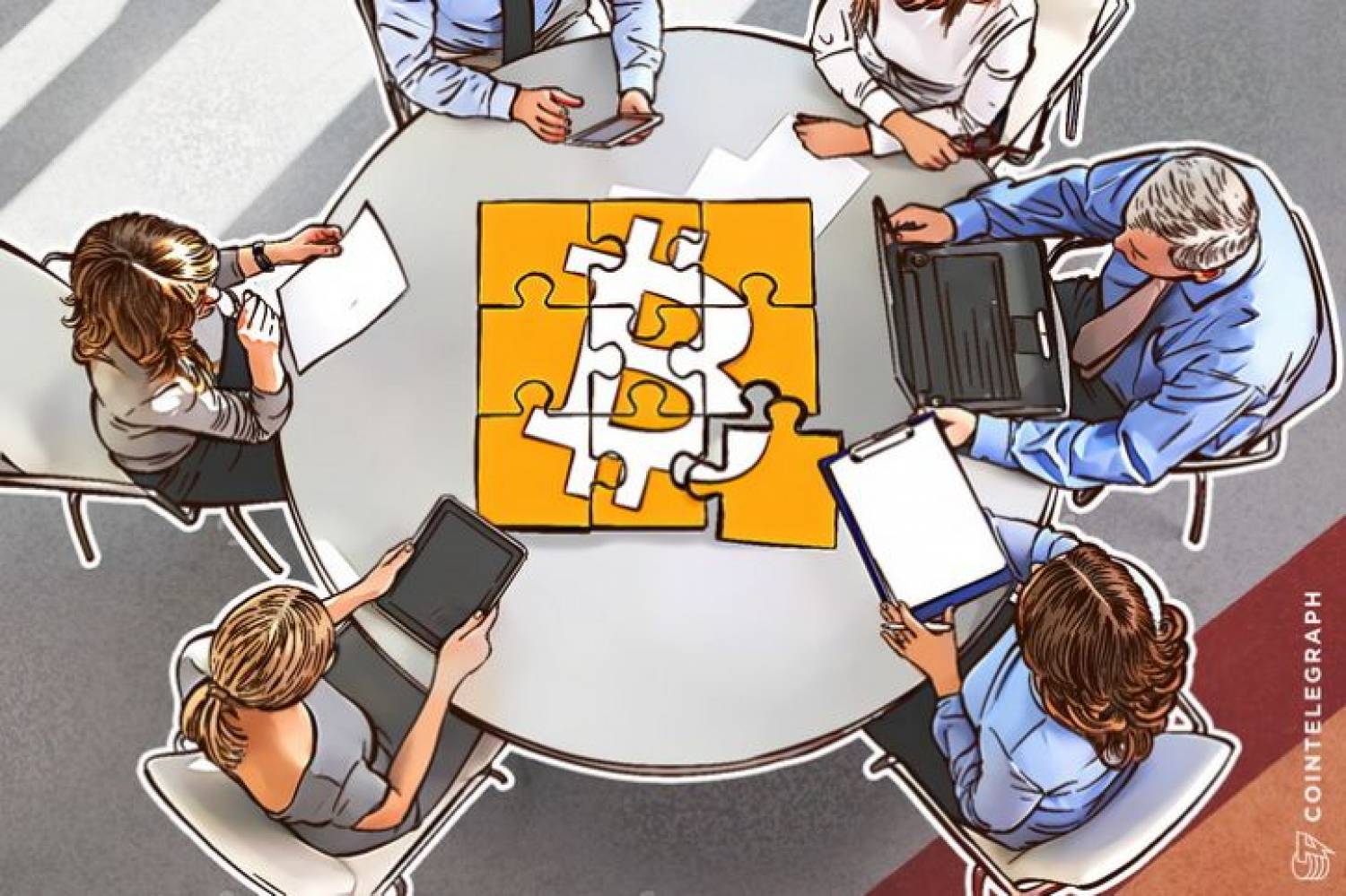 A very promising sign is when the team members have links to their LinkedIn, GitHub or Twitter account on the ICO’s website. Even then, make sure to check how legitimate the linked accounts are by looking up how long ago they were created and how actively the team members were using them. It really isn’t hard to fake social media accounts.

Always make sure that an ICO has a wide and, most importantly, open supporting community. A public Slack or Telegram chat for all investors is generally a very good sign. Other sources like Facebook, Twitter or Reddit, can be extremely handy when evaluating an ICO as well.

Keep an eye out for so-called bounty posts and threads. It is a very common practice to ask people to spread positive information about the project for certain rewards to increase both media and the community attention towards the projects. Bounty posts don’t necessarily mean that an ICO is a scam, but a promising project with experienced team members and a decent promotional campaign won’t need to rely on such tactics. 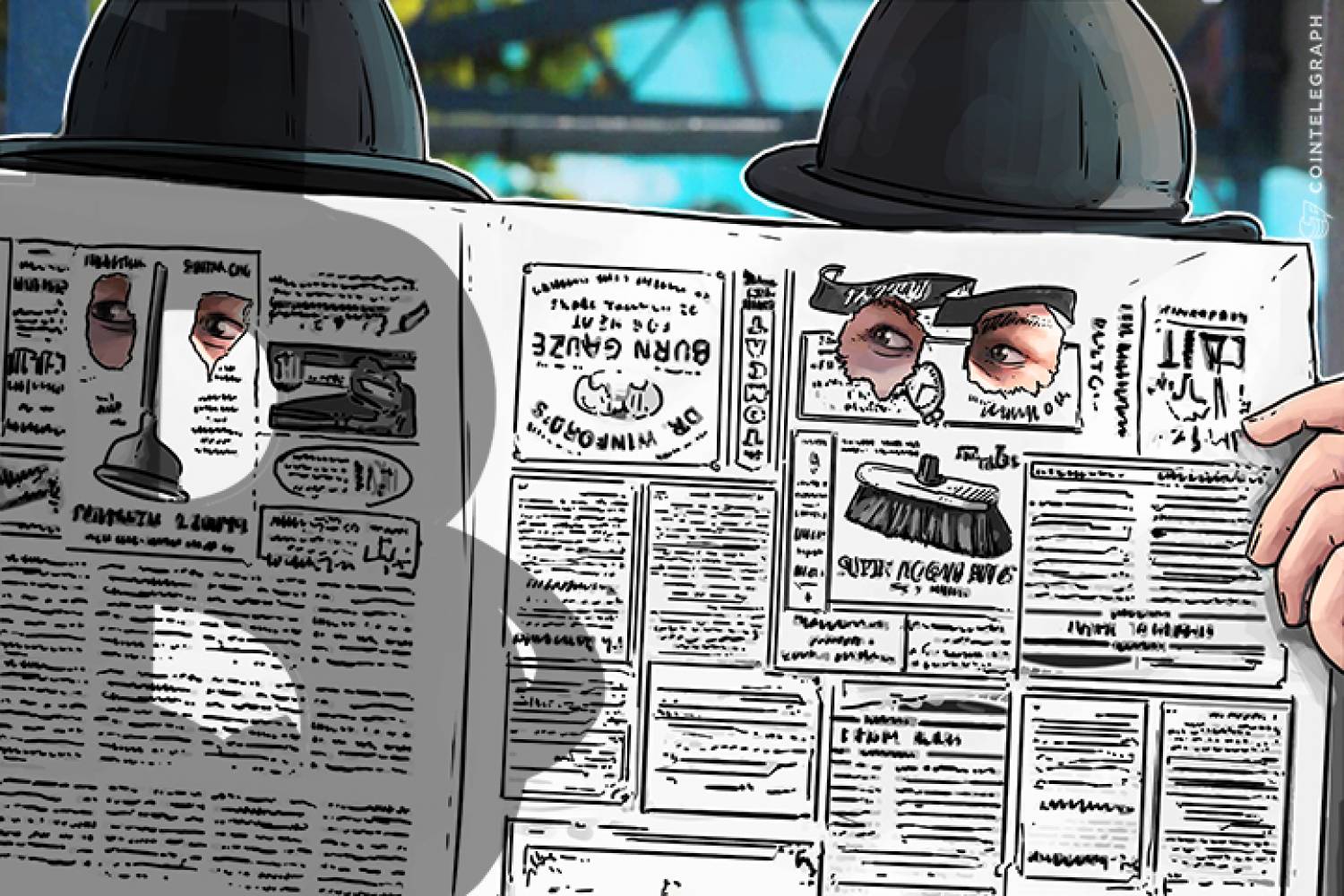 Instead, they will take care of the necessary media coverage by sending out press-releases, building up the hype around the project and doing interviews. The team’s presence on social media and constant communication with the investors is also a very good sign.

Check Stage of the project and VC investments

There is no universal rule about what stage of development should the project be at before it can hold an ICO. At times, there will only be a white paper and a rough roadmap. Sometimes, there will be a beta version of a product or even a launched product, perhaps with limited functionality.

Of course, it’s always safer to invest in projects that are as close to the launch of a fully-functioning product as possible. As a general rule, investors tend to prioritize projects with at least some lines of working code. That being said, there have been many instances of ICOs becoming a success with no code being written whatsoever. 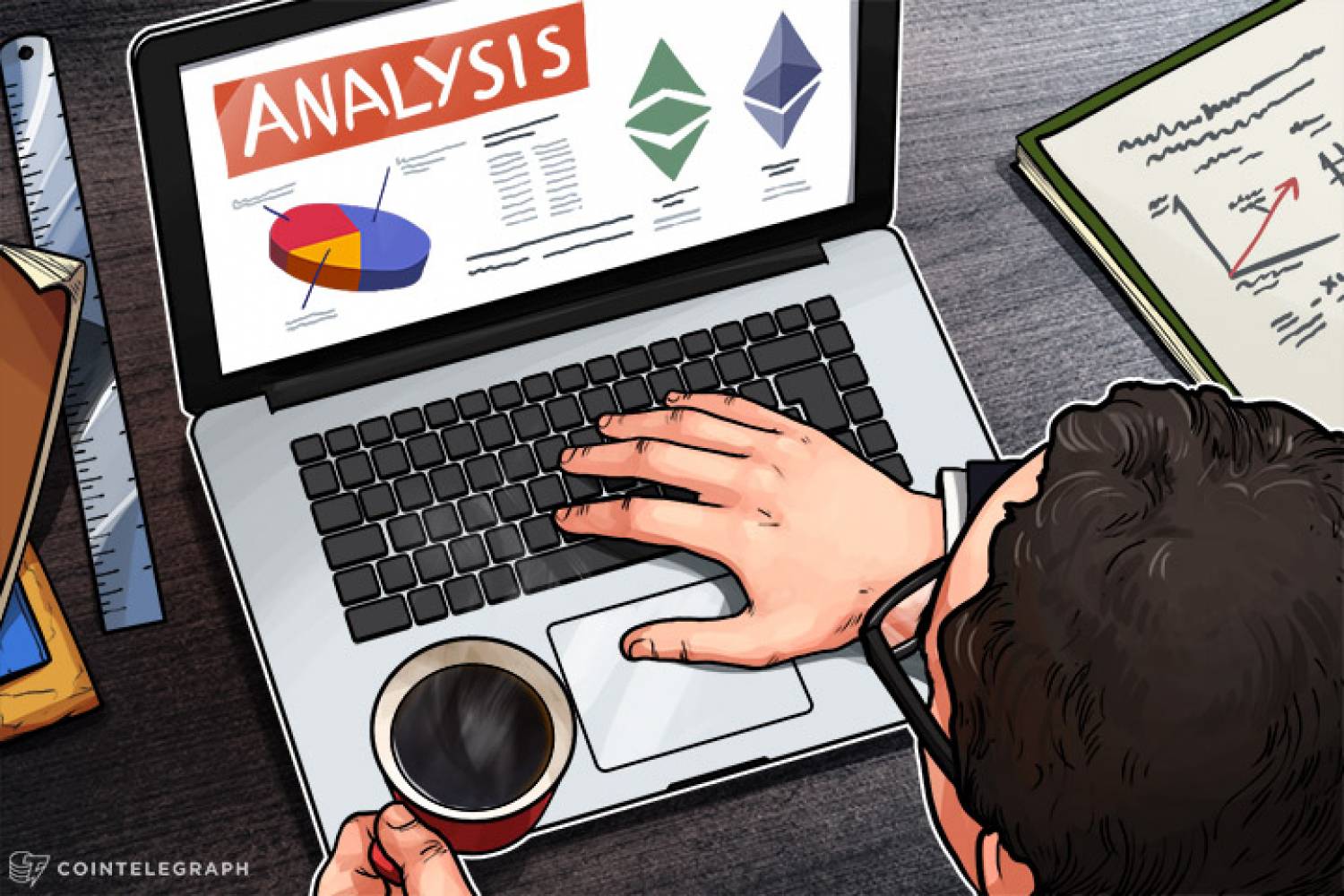 Another reassuring sign is VC (venture capital) investments. Well-established VCs are normally big and experienced players, so they won’t be investing and putting trust into projects that they feel have even the slightest chance of failure. Although, everyone makes mistakes.

ICOs will most likely advertise the involvement of VCs in the project, especially if it’s a well-known cryptocurrency-related VC, in bold capital letters on the landing page of their website. Still, double-checking if this is true won’t hurt.

Read the ANN thread on BitcoinTalk

BitcoinTalk.org is the biggest forum dedicated to Bitcoin and everything crypto-related. When it comes to ICOs, this page will definitely come in handy, as this is where the announcements (marked [ANN]) are made. If the ICO you’re considering investing in is not there – drop it.

Make sure to read the thread dedicated to a particular ICO very carefully, especially if you’re lacking the knowledge necessary to understand the technical aspects of a project. Essentially, those threads are a communal effort in evaluating the legitimacy of an ICO.

In the cryptocurrency community and on this forum, in particular, the user’s reputation is of utmost importance. Every post in a thread will contain the user’s current rank and the number of past messages. Generally, the higher the rank, the more trustworthy a certain user is. 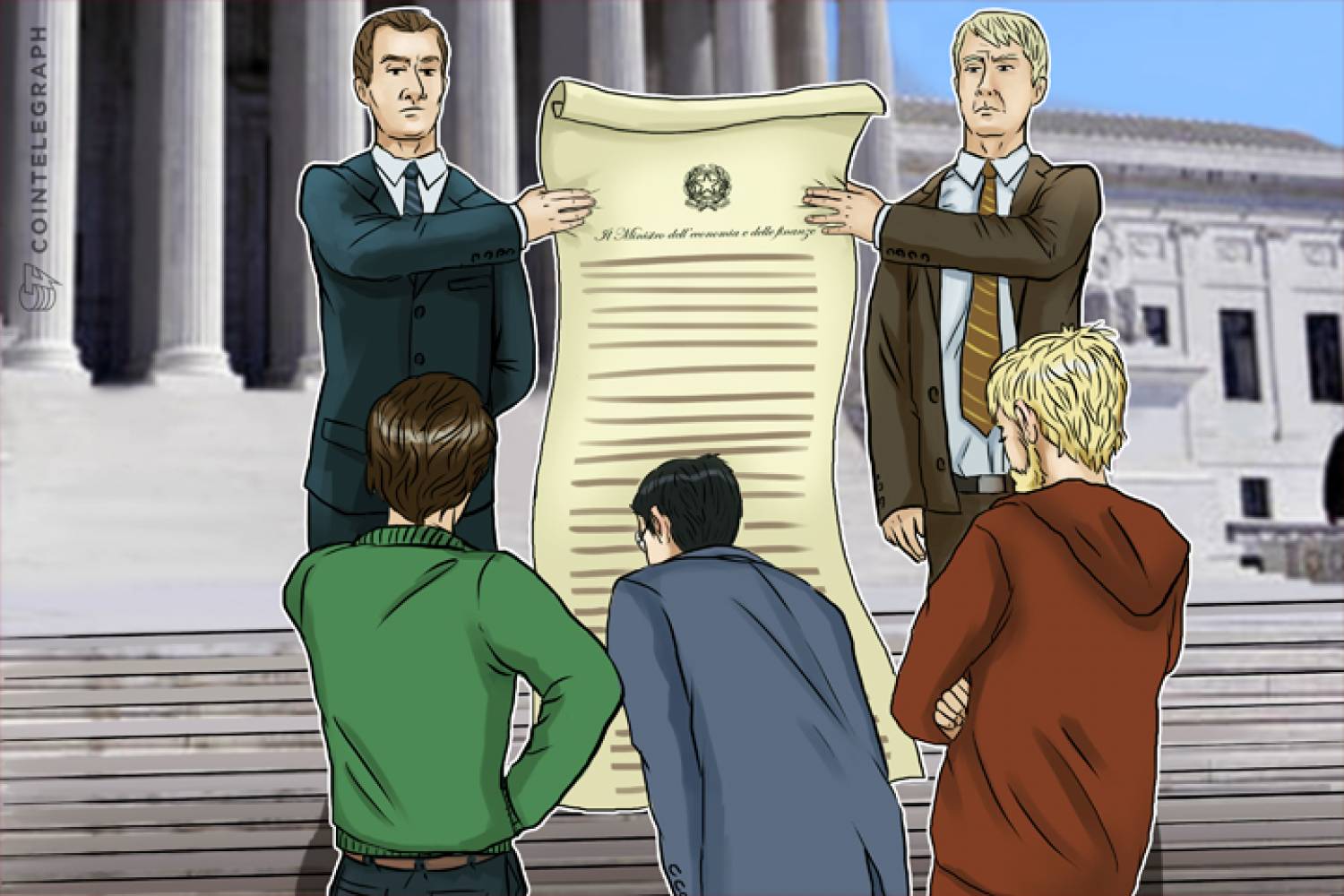 This entire guide can be summed up in just a few words: know exactly what you’re investing in. And there is no better way of learning as much as possible about the project than reading its white paper.

An ICO is a crowdsale, which implies attracting funds from casual investors. So, developers should be able to define the goals of their project and the means of achieving them clearly and in relatively simple terms.

A good white paper will also contain outlines of a legal framework between the investors and the developers. First and foremost, this should include terms and conditions for the ICO. Moreover, it should provide a detailed explanation of token distribution, specifically when and how the tokens will be sent to investors. A good sign is when the token distribution is linked to the roadmap, as a certain amount of funding will be required for each phase of the project. 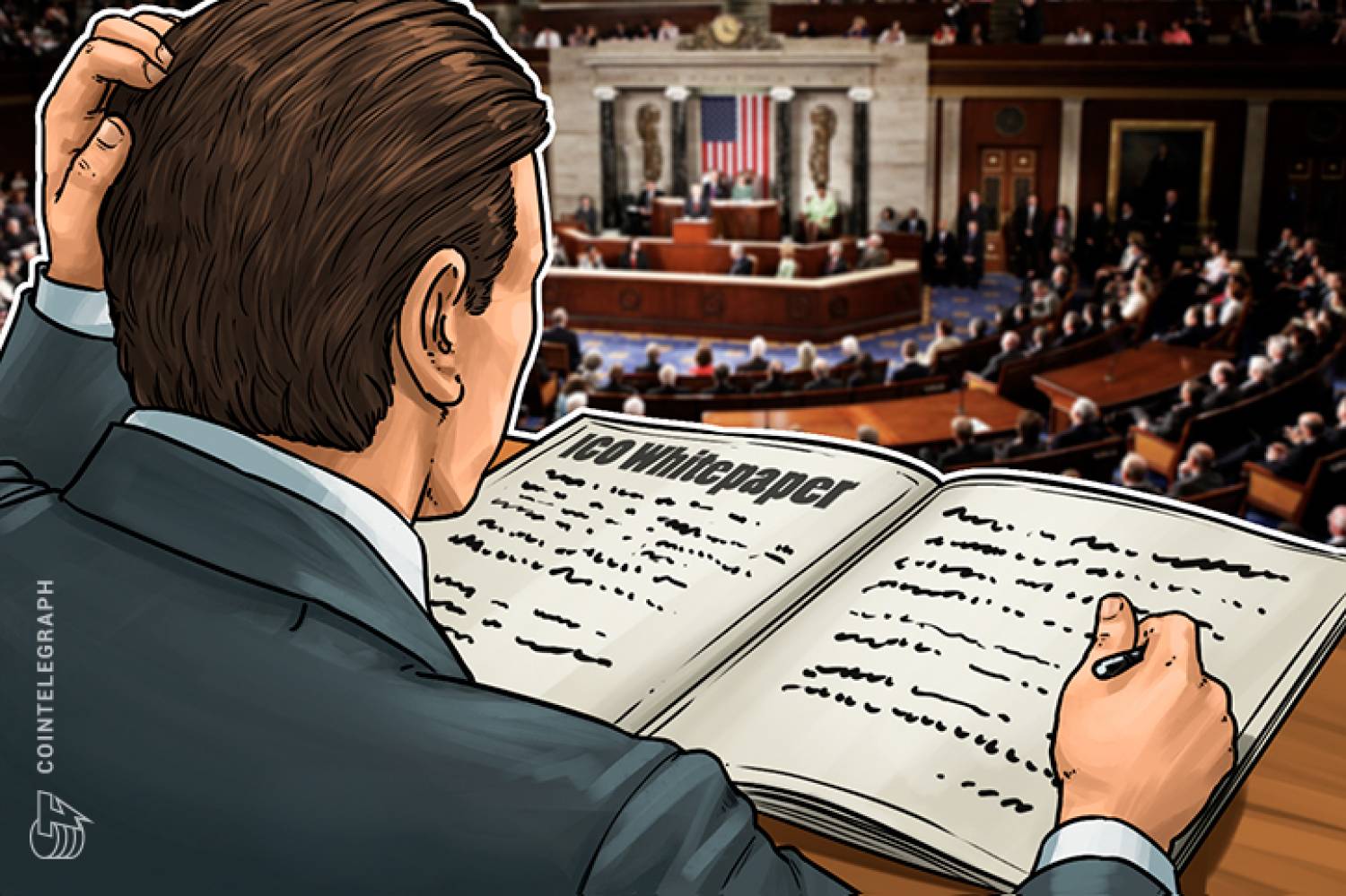 Another crucial question that the white paper had to provide the answer for is why exactly the project needs its own dedicated token? Why exactly can’t the already established crypto stalwarts Bitcoin or Ethereum be used? The very same question goes for the use of Blockchain technology.

As it was mentioned before, a legitimate project will provide its possible investors with at least some kind of a roadmap. It’s a very good sign is said roadmap contains detailed break-down of how exactly the money raised will be used, the pricing model as well as the value being assigned to the company.

Finally, and perhaps most importantly, you need to make sure that the funds are being stored in an escrow wallet. The best-case scenario here would be that the escrow service is not provided by an individual or a company, but instead is done automatically through the use of Ethereum smart contracts.

Evaluate the quality of the code

If a project has no working code whatsoever prior to an ICO, or even if they do, but it isn’t open source - that’s a major red flag.

If you have even a tiny bit of programming experience and know how to read code, you should absolutely do so when evaluating an ICO. You can understand a lot about a project and its developers by just analyzing their code. 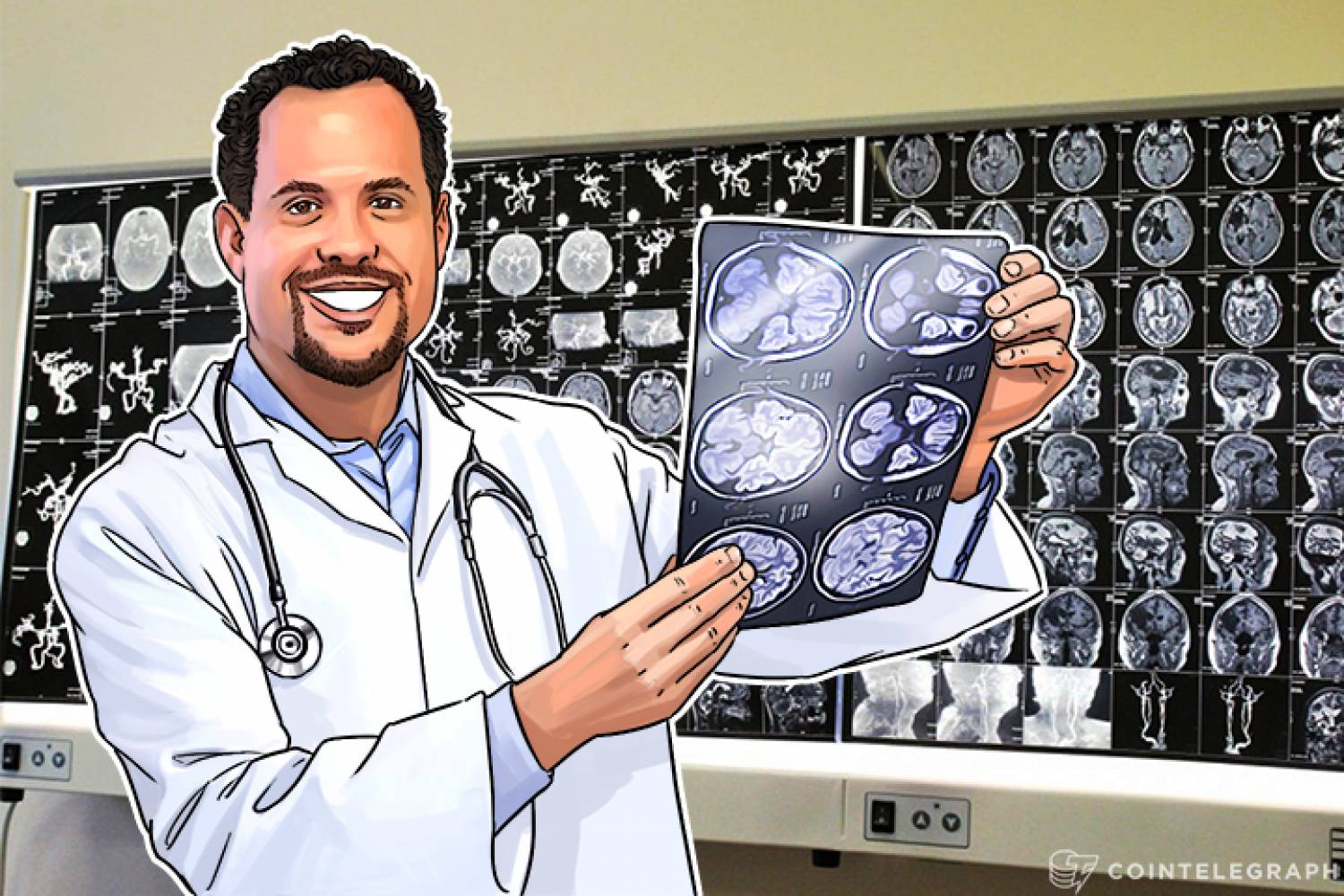 Venture capital investors make their living on investments, which makes them the pickiest contributors. They carefully examine everything about the project with just one very particular thing in mind: how big of a profit will this investment result it? Besides everything else, there is behavioral science involved here: a general consensus in the VC world is that it’s never good for a startup to receive too much money too quickly, as they will be compelled to spend the funds just because they’re available.

Moreover, VC-investors have very clear and strict requirements in terms of monetary returns and profits from the projects they might be interested in. They won’t even consider investing in projects which don’t meet those requirements. 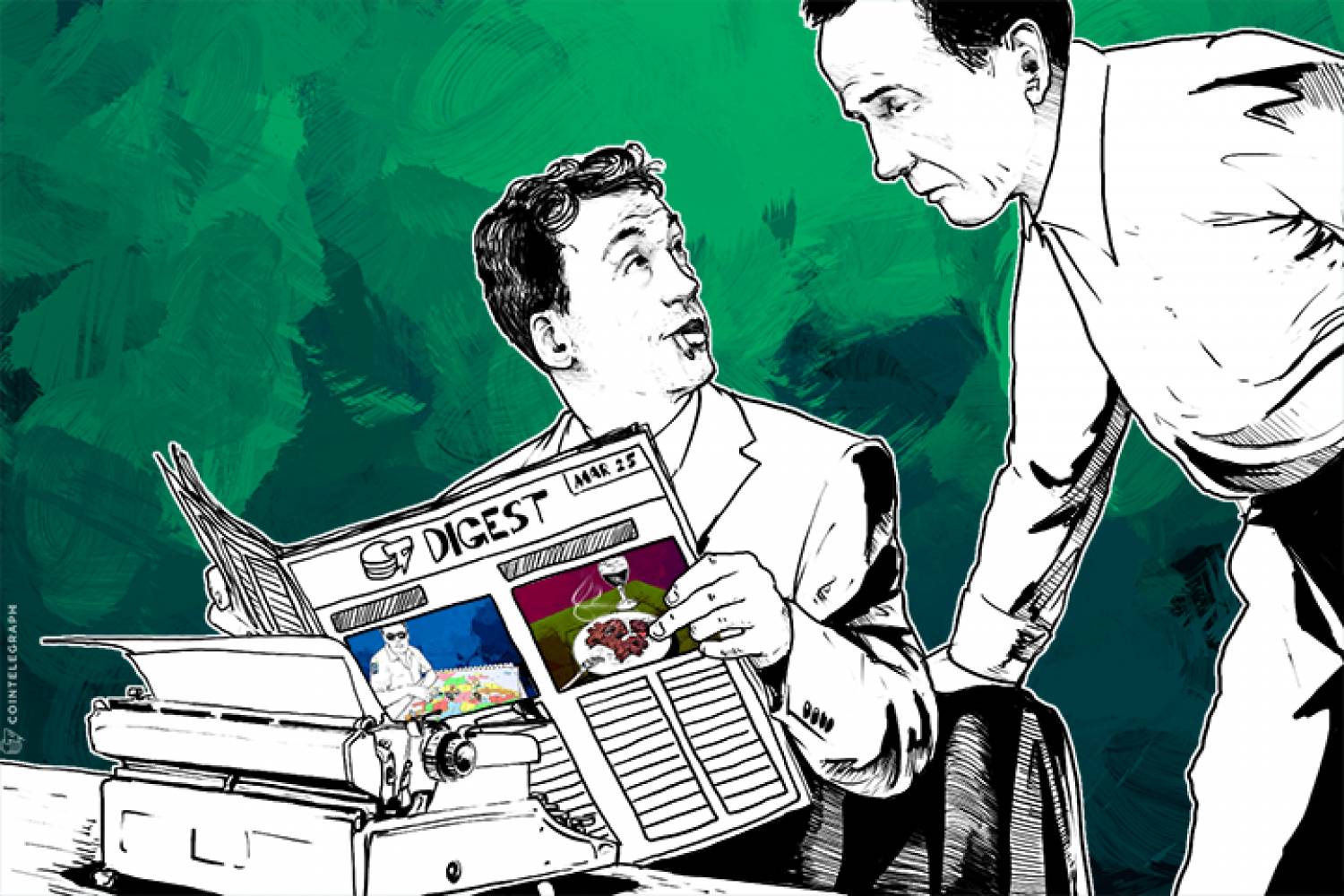 Even if you’re a casual investor and you aren’t planning to contribute big amounts of money, there are a lot of useful lessons to be learned from venture capital investors. Know what you’re investing in, do your research, know your risks and never take part in an ICO held by a company which isn’t up to your standards.

Is ICO a bubble?

History tends to repeat itself. Back in the day, the bubble of dot-coms was compared to the Gold Rush. Now, the hysteria around ICOs is being compared to what was happening around dot-coms, and not at all unreasonably: much like with dot-coms, all the investments made through ICOs are made out of fear of missing out and are based purely on speculation.

As a potential investor, it is essential that you understand that most of these projects will fail to get the end results or just simply will turn out to be scams. Others, such as Stratis, which at its all-time high traded at 140,000% above the ICO price, will be a complete success. 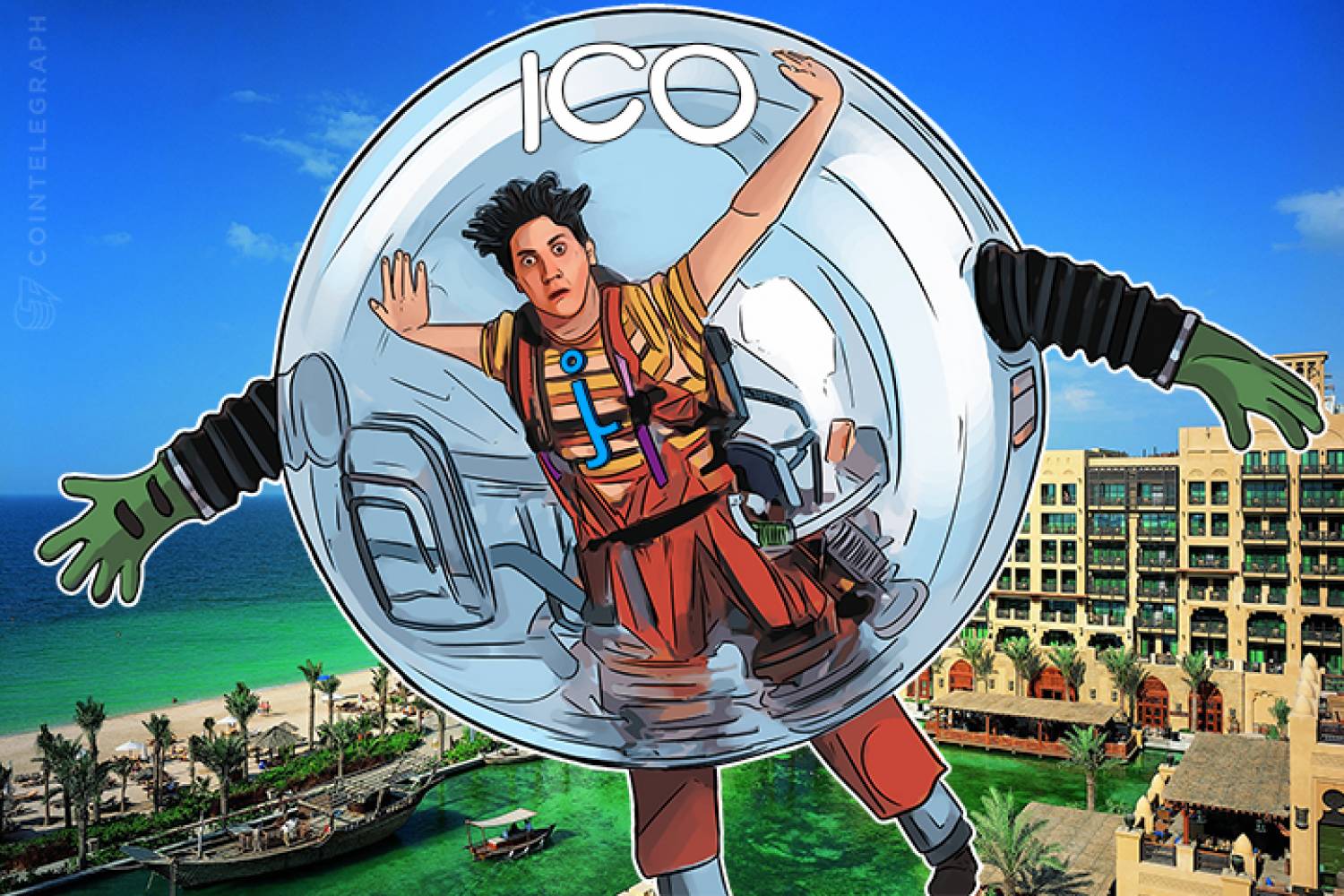 Refer to the aforementioned points to work out whether an ICO is a dud, or whether your investment will bring you any profits at all.

Before even considering taking part in an ICO, make sure you’re not breaking the law. ICOs are outright banned in some jurisdictions, such as China and South Korea. And while they are currently allowed or simply unregulated in most other places, the vast majority of local regulators are currently developing legislation set to outline certain rules around ICOs and impose certain limitations on both the startups and investors.