Disclaimer: The findings of the following article will attempt to analyze the impact of emerging patterns in the long-term Litecoin market

The volatility in the market has been pushing the price of most cryptocurrencies around and at present, this trend is forming lower. In fact, Litecoin [LTC] has been one of them, having broken out of its consolidation phase in mid-July, following which it just marched higher. However, unlike other cryptos, LTC’s bullish movement has been muted since the beginning of August. Litecoin’s price has dipped and many dumps have been visible in the market.

The so-called “digital silver,” Litecoin was being traded at a value of $57.41, while it wrestled with the resistance formed along its sloping trend line on the charts.

As can be observed from the chart herein attached, LTC’s price was forming a part of a descending channel pattern – a bearish sign. As Litecoin’s value dipped along the channel, the volatility in the market once again rose on the charts. Further, the divergence of the Bollinger Bands highlighted the increase in volatility and the prevailing downtrend could push the crypto-asset to its immediate support at $49.91.

However, previously, an ascending channel breakout had contributed to the price of LTC reaching a peak. Alas, the immediate correction that followed caused a trend reversal to set in. As the signal line was observed to be under the price bars, it pointed to the emergence of bearishness in the market. This bearishness may result in sell-offs gathering steam in the Litecoin market.

However, at the time of writing, the crypto-asset was not recording selling pressure of any notable strength as it remained in the buying territory as marked by the Chaikin Money Flow indicator. 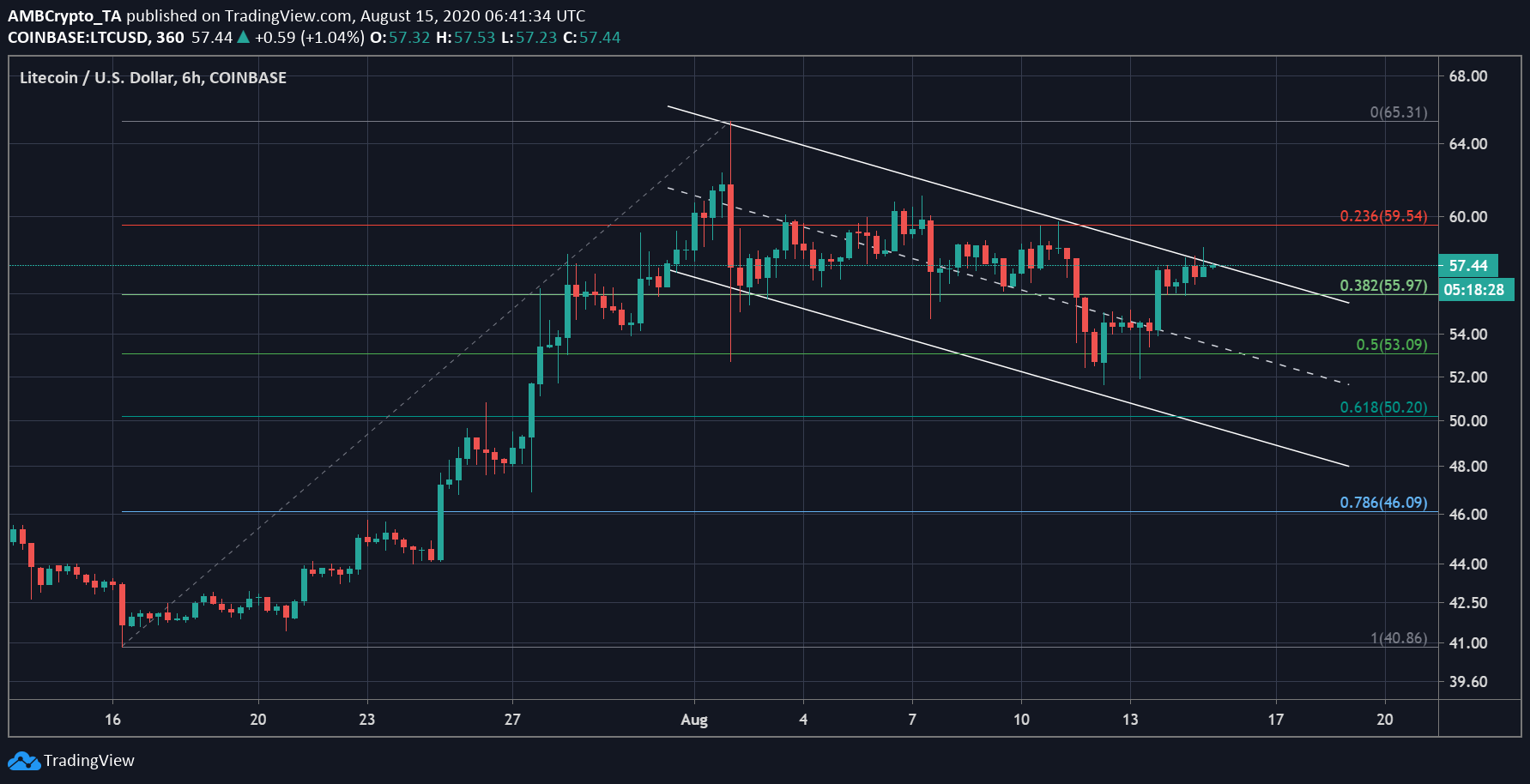 With the crypto seeing its value slashed on the charts, the next target price for the crypto-asset will be $55.97. This level had been tested recently, and the chances of the price dipping below this mark remain high. If the coin surpasses its first support level, the next target will be $53.09. At this price, the cryptocurrency will actually reverse almost half of the growth witnessed during the months of July and August.