The Hourly View for LTC

Currently, Litecoin’s price is down $-1 (-0.71%) from the hour prior. This is the 2nd consecutive hour Litecoin has seen its price head down. As for the trend on the hourly timeframe, we see the clearest trend on the 100 hour timeframe. The moving averages on the hourly timeframe suggest a choppiness in price, as the 20, 50, 100 and 200 are all in a mixed alignment — meaning the trend across timeframes is inconsistent, indicating a potential opportunity for rangebound traders.

Litecoin came into today down 18.1% ($30.84) from the open of the day prior, marking the 2nd consecutive day a decrease has occurred. The price move occurred on stronger volume; specifically, yesterday’s volume was up 83.7% from the day prior, and up 47.91% from the same day the week before. Out of the 7 instruments in the Top Cryptos asset class, Litecoin ended up ranking 6th for the day in terms of price change relative to the day prior. The daily price chart of Litecoin below illustrates. 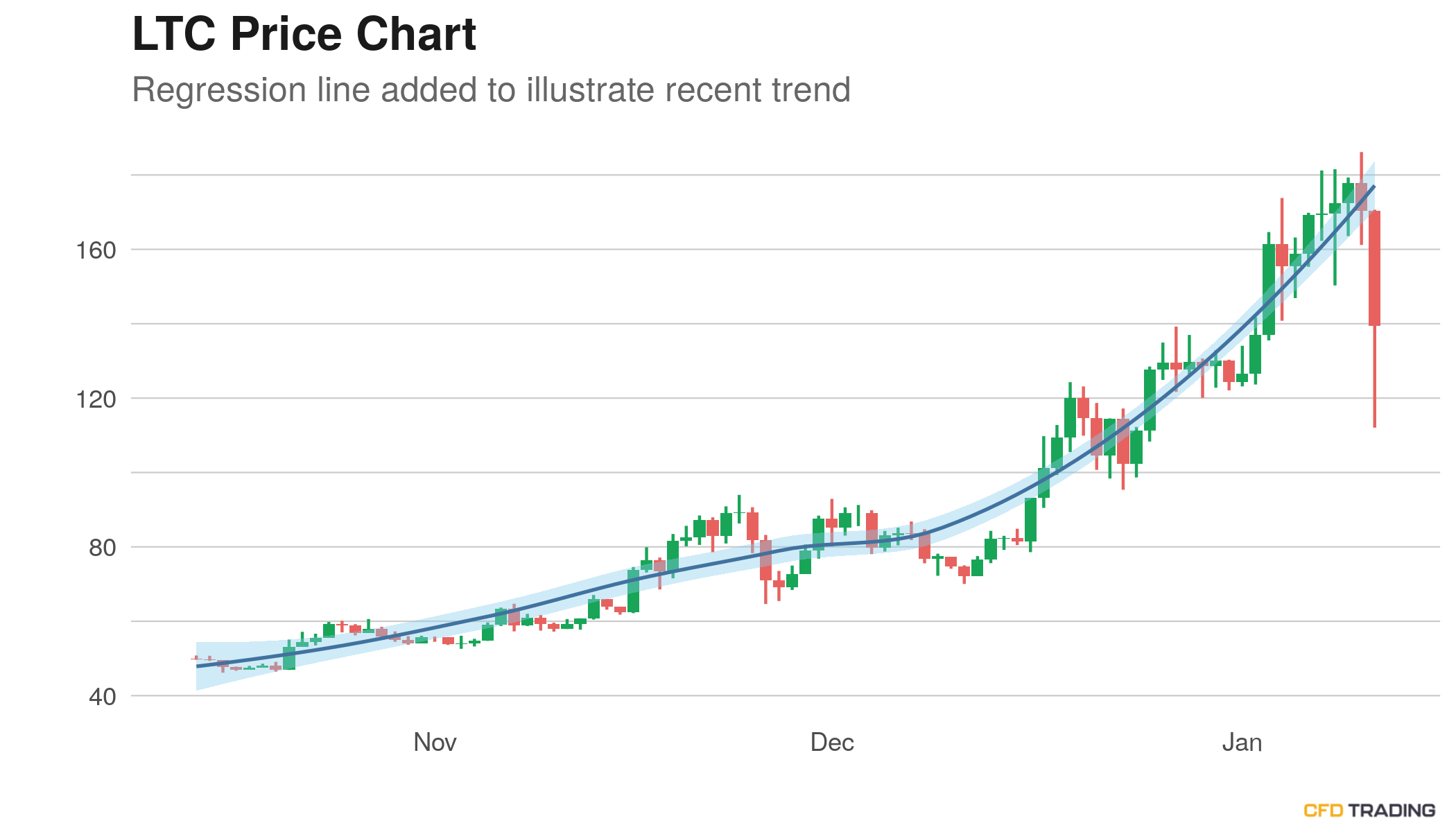 First things first: Litecoin crossed below its 20 day moving average yesterday. The clearest trend exists on the 30 day timeframe, which shows price moving up over that time. For additional context, note that price has gone up 7 out of the past 10 days.

Over on Twitter, here were the top tweets about Litecoin: