Ripple Unlocks Another 1B XRP From Its Escrow Wallet

It’s the start the month, which means that Ripple has just unlocked another 1 billion XRP

BUY NOW from its escrow wallet

A crypto wallet is a device or app that stores digital assets. Unlike the physical wallet in your back pocket,… More.

Ripple has been routinely criticized for its token unlocks. Always taking place on the first of every month, the unlock for May just took place yesterday.

Whale Alert (@whale_alert) is reporting that Ripple has unlocked more tokens, as expected. Yesterday, the team transferred 1B XRP in total in three separate transactions of 500M, 400M, and 100M XRP.

The total XRP unlocked in May is worth around $220M at current prices. It’s unclear why the Ripple team needs hundreds of millions of dollars every month.

On top of the monthly unlock, a Ripple co-founder also received his batch of XRP. Jed McCaleb was given 55M XRP yesterday as well as part of his settlement. 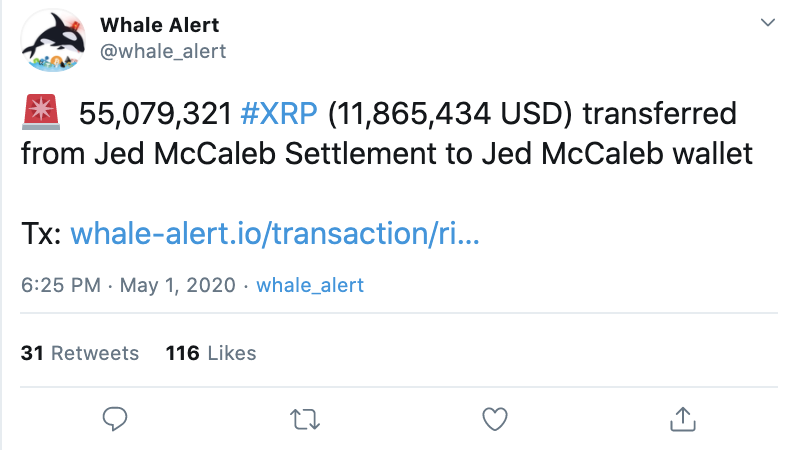 As BeInCrypto previously reported, McCaleb received 63M XRP in April. He is thought to hold over 4.7 billion XRP, making him one of the wealthiest people in the cryptocurrency world. Whether or not this is deserved is a different story—McCaleb is merely getting paid for co-founding a token he would go on to leave. In effect, some would say he was just exceptionally ‘lucky.’ 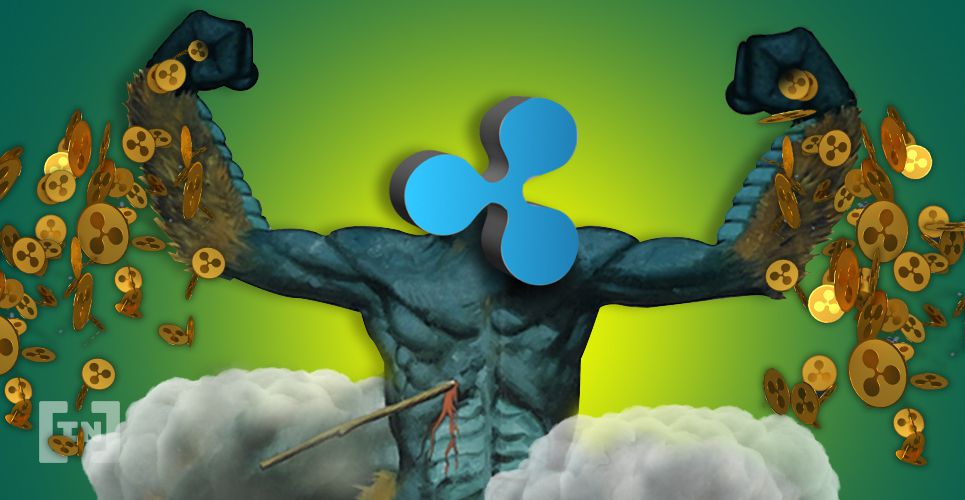 Business as Usual for Ripple

Ripple has often been criticized for its monthly token unlocks, which amount to hundreds of millions of dollars at current prices. The explanation for what is done with these XRP tokens is never clearly given. This has led some to accuse Ripple of dumping its holdings monthly like the PLUS Token scam.

Some major exchanges have also mocked Ripple from time to time. BitMEX CEO Arthur Hayes twice referred to Ripple’s XRP as a ‘turd’ but decided to list it anyway. Upon listing it, he called the token “dogsh*t.”

Ripple has tried to throw itself in the limelight recently with a high-profile lawsuit against YouTube. Recently, Ripple sued the streaming giant for promoting XRP-related scams

It’s no secret that the realm of Bitcoin and cryptocurrency are still in a bit of a “Wild West” phase…. More on its website. YouTube livestreams were alleged to be faking Ripple sponsorships and stealing funds. YouTube has thus far not responded to the lawsuit.