The Indian subcontinent is home to the world’s third largest startup ecosystem, with the government estimating that 2-3 startups are created in the country each day. Additionally, India’s vast diaspora is an integral contributor to the growth of startup ecosystems throughout the world.

To celebrate India’s influence on the technology startup scene, The Tech Panda has collated a list of leaders in the entrepreneurial community under the age of 50 with backgrounds from India. Here is the 2020 edition of The Tech Panda’s “25 under 50.” 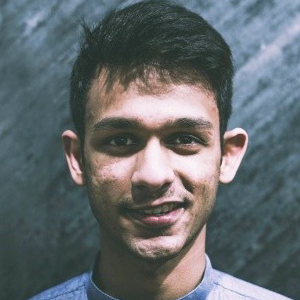 Div Haralalka is the Program Manager for Techstars Bangalore. Techstars is one of the world’s largest technology accelerators with headquarters in Boulder, Colorado. The Bangalore edition of the accelerator in recently held an all-virtual demo day for its second cohort of startups featuring Q Blocks, a company building a distributed supercomputer; Rose Bazaar, a delivery service for Indian prayer flowers; and Fliqpay, a crypto currency payment system for businesses in Africa. 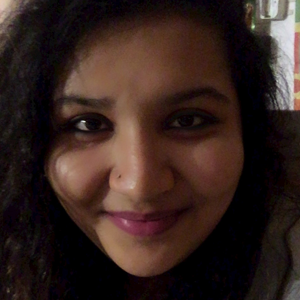 Aparajita Saxena is veteran financial journalist who recently broke into India’s startup scene by taking associate editor positions at Entrepreneur Asia Pacific, and most recently, YourStory, one of the country’s leading media platforms for entrepreneurs. In a previous life, Ms. Saxena covered United States financial issues and Southeast Asia markets for Reuters. Since arriving at Entrepreneur and YourStory, she’s been a significant contributor to stories about how COVID-19 is affecting startup ecosystems in India and the rest of Asia. 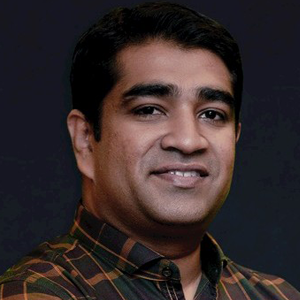 Sanjoe Jose is the CEO of Talview, a leading Indian online talent acquisition startup that has raised over $6.75 million in venture capital funding and was a top startup at the Microsoft Accelerator in 2016. Since earning engineering and MBA degrees from IIT Bombay, Mr. Jose has gone on to work for large corporations including National Instruments, as well as founding a handful of startups. 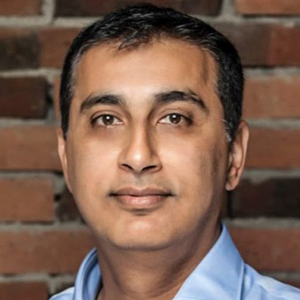 Amyn Gillani is the CEO of Talos Digital, an award-winning software development and e-commerce solutions company that has offices in New York, Austin, Montreal and Medellín, Colombia. The company has developed solutions for large corporations including Royal Dutch Shell, Pepsico and Cisco. Educated in the United States, Mr. Gillani is a major player on the global entrepreneurial scene, being selected as a mentor at international tech accelerators Founder Institute, Business France, Parallel18 and WeWork Labs. Mr. Gillani is also a regular contributor to Entrepreneur Magazine and TNW. 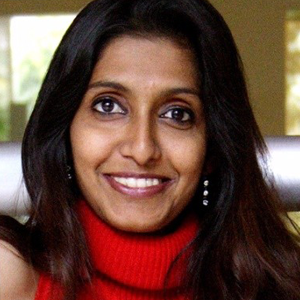 Prathibha Sastry has been a part of India’s entrepreneurial and media community for nearly 20 years. Her time at the Indian Software Product Industry Round Table (iSPIRT) helped contribute to the development of a hardware innovation ecosystem in India and Ms. Sastry also had a tenure as head of operations at Microsoft Ventures India. Most recently, Ms. Sastry has returned to her entertainment and media roots, having founded the The Prathibha Sastry Show (PS Show), a YouTube series empowering women to achieve their personal and professional goals. 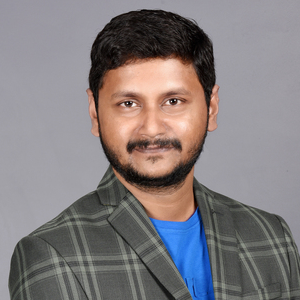 Sudip Saha is the COO of Future Market Insights, an award-winning organisation providing “smart market intelligence” and consultation services. The company is based in Pune, Maharashtra and now serves clients in over 150 countries worldwide. Before embarking on his startup journey, Mr. Saha held top consultancy positions at Capgemini and Springboard Research. As a consultant and analyst, Mr. Saha’s expertise was tapped for interviews in publications such as ZDNet and The Economist. 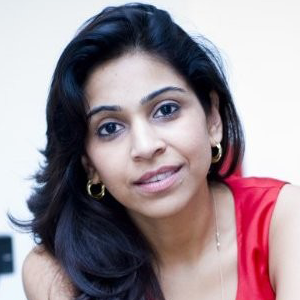 Anisha Singh is the founder of She Capital, a New Delhi-based venture capital firm focused on helping scale female-led businesses. Ms. Singh was previously the founder and CEO of Mydala, one of the largest marketing platforms for discounts on local goods in India. After her wild success in the e-commerce space, in 2018 Ms. Singh set her sights on a bigger challenge: bridging the 170-year gender gap between men and women, by actively investing and scaling women-led ventures in her country. That’s when she founded She Capital. According to Crunchbase, the VC firm’s most recent investment was in food startup Samosa Singh. 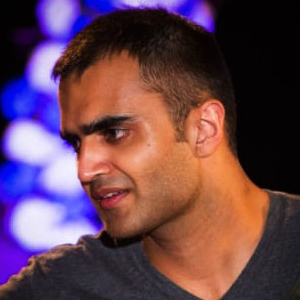 Girish Gupta is an investigative reporter turned startup founder, having built his first big data analytics startup to help better track Venezuela’s economy after his stint as a senior correspondent in that country for Reuters. This project became Data Drum, an analytics platform offering clean, automated macroeconomic and social data to better explain the world. He’s since moved on to become the CTO of Deepnews.ai. Still in beta, the company promises to use deep-learning based algorithms to analyze journalistic quality of news reporting. 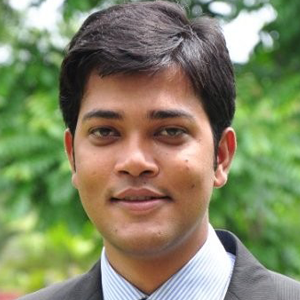 Shrikant Kale is the CEO and founder of iZooto, a New Delhi-based startup that’s on a mission to take brands’ audiences back from the grips of tech giants like Facebook and Google. A first-time founder, Mr. Kale had previously worked as a product manager for Applied Mobile Labs. 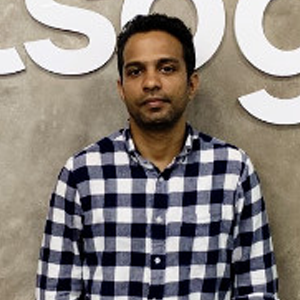 Apu Pavithran is the founder and CEO of Hexnode, the San Francisco-based mobile device management software company that services large corporations including McDonald’s, Volvo and Condé Nast. Having spent nearly a decade in the San Francisco Bay Area, Mr. Pavithran studied at L.B.S College of Engineering in Kasaragod and previously worked for multinational IT services company ZOHO in Chennai. 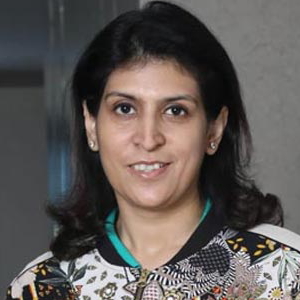 Ritu Marya is the Editor in Chief of Entrepreneur Asia Pacific, an international branch of the US national business publication Entrepreneur Magazine. In her role, she’s interviewed and hosted events with prominent Indian personalities including actors Akshay Kumar and Rajkummar Rao and cricketer Amit Mishra, among many others. However, entrepreneurship courses through Ms. Marya’s veins, having previously held top editor positions at Franchise India Holdings Limited, a media company focused on franchising and entrepreneurship. 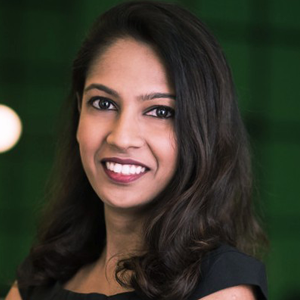 Chandini Jain is the CEO and founder of Auquan, a Techstars backed fintech startup bridging the gap between data science and finance which allows portfolio managers to discover machine learning solutions to the investment problems quickly and effectively, without needing an in-house data science team. Ms. Chandini’s career in finance stretches back 10 years, having begun as a young analyst at Deutsche Bank before moving on to derivatives trading at Optiver, a trading firm and market maker. 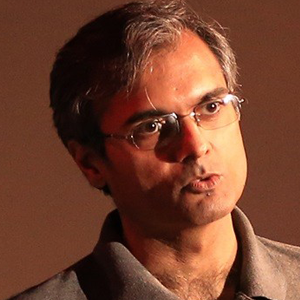 Anand S is the CEO of Gramener, a New Jersey-based data science company that focuses on data-based storytelling. Mr. S joined the company two years after its founding in 2012 as a Chief Data Scientist before taking the helm of the entire company three years ago. Before joining the startup, he held positions at top consulting firms including Infosys, The Boston Consulting Group as well as IBM and Lehman Brothers. Mr. S will be a speaker at the upcoming Horasis India Meeting, a summit of India’s top executives and government leaders. 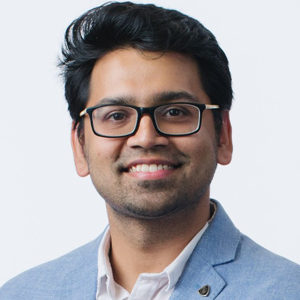 Prateek Panda is an Indian marketing and entrepreneurship expert that we at The Tech Panda hold dear to our hearts. As the founder of the eponymously named technology news publication The Tech Panda, Mr. Panda was responsible for interviewing over 600 startups and publishing over 2,000 articles with his team of contributors. He grew the site to be a Top 100 Startup in India and in 2017, the publication was acquired by ESPACIO Media Incubator. Mr. Panda is also a longtime startup mentor and advisor and currently Director of Product Marketing and Growth at Intertrust Technologies, a Silicon Valley firm that invents technologies for digital security, data privacy, trusted computing, rights management, BigData, and IoT. 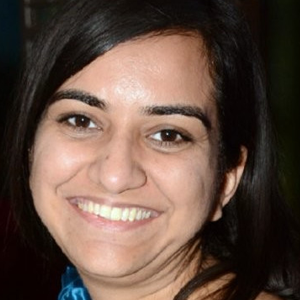 Kriti Sharma is a globally recognized technologist and artificial intelligence (AI) expert who has been featured in publications including Forbes and Recode for her contributions to bettering humanity with AI. She’s the founder of AI For Good UK, a firm that builds AI solutions for social issues in areas such as education, social justice and reproductive health. Educated at the University of Rajasthan, Ms. Sharma also a TED Speaker and an advisor to both the United Nations and the UK government. She currently holds a role as Vice President of Product at GFK, the German market intelligence firm. 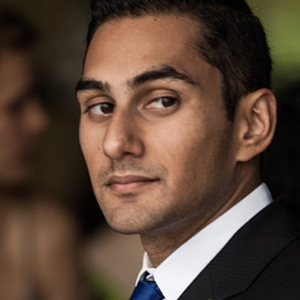 Rishi Sharma is the founder and CEO of Irvine, California-based Mallama, a men’s skincare company that boasts high-quality, plant-based ingredients for all of its products. This is not Mr. Sharma’s first foray into lifestyle and consumer products. He is a serial entrepreneur who has started a handful of companies in Southern California. And he’s also the host of the Take Care podcast, an interview series that picks the minds of entrepreneurs and other influencers. 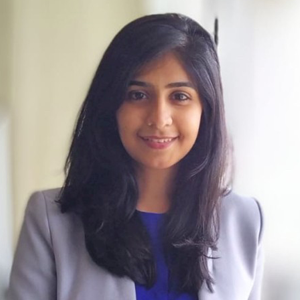 Neelam Jain is the founder of Chennai-based social inclusion startup, PeriFerry. The company, founded in 2017, helps find employment and entrepreneurial opportunities for India’s transgender community. (The company was previously featured in a profile by The Tech Panda here). Ms. Jain has a background in finance, having previously worked as an analyst for Goldman Sachs. The idea for PeriFerry actually came from an internal company corporate social responsibility competition at the investment bank, and became Ms. Jain’s life work shortly thereafter. 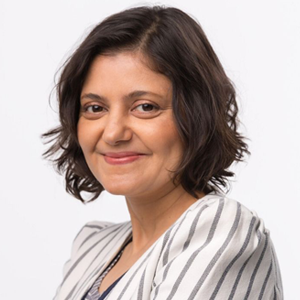 Sairee Chahal is the founder and CEO of SHEROES, a social network and app for women that counts over 15 million users. The women-only network brands itself as a safe space for women to meet, get advice, gain access to loans and other capital as well as buy and sell products and services. The company has spun off other apps, such as Maya, the female health tracking app that last year was accused of sharing sensitive user health data. 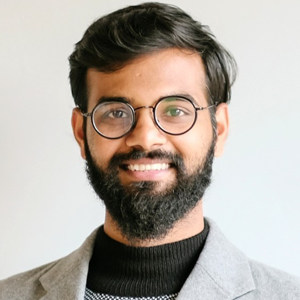 Anurag Maloo has been an influential figure in India’s startup ecosystem for the better part of the last decade. Having begun his tech journey as an ambassador for several tech initiatives launched by companies like Google, Opera and IBM in India, Mr. Maloo soon settled into a long tenure at Techstars, the international tech accelerator. He worked his way up to the role of Regional Manager for South and Central Asia, as well as performing duties as a coach and mentor for the accelerator’s flagship event, Startup Weekend. Mr. Maloo is currently Head of Asia Partnerships for Seedstars, one of the largest venture builders around the globe. 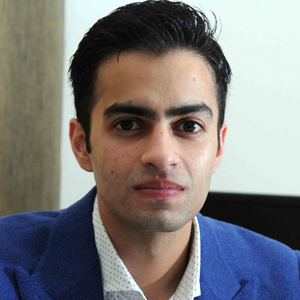 Utsav Somani has been an influential figure in India’s startup ecosystem for over half a decade, having been an angel investor in numerous homegrown startups including Testbook.com and DoorMint. Mr. Somani is responsible for bringing Angel List, a United States-based seed investment platform, to India in 2016. After its official launch in 2018, Angel List India has facilitated investments in 120 Indian start-ups through January 2020 and counts over 1,000 investors on its network, according to a recent article by Entrepreneur.

Disclosure: This article mentions a client of an ESPACIO portfolio company.