Warning: Cannot modify header information - headers already sent by (output started at /home/customer/www/thefuturecoin.com/public_html/wp-content/plugins/jnews-social-login/class.jnews-social-login.php:83) in /home/customer/www/thefuturecoin.com/public_html/wp-content/plugins/jnews-weather/class.jnews-weather.php on line 70
 Tyler Winklevoss States Bitcoin (BTC) Will Be Far More Valuable than Gold, as Amount of Gold is Infinite in the Galaxy – The Future Coin

Tyler Winklevoss States Bitcoin (BTC) Will Be Far More Valuable than Gold, as Amount of Gold is Infinite in the Galaxy

Bitcoin will be the asset of future generations due to the infinite gold supply.

Tyler Winklevoss, cryptocurrency and Bitcoin investor, founder of Winklevoss Capital Management and Gemini cryptocurrency exchange, states that in the long term, Bitcoin is much more immune to inflation than gold.

He claims that in the future, gold will have an extremely low value relative to Bitcoin, this will be due to the supply of gold mined on asteroids. At the same time, the Bitcoin support will remain fixed.

Asteroid mining might cause inflation same as Spanish supply of gold 500 years ago.

In his reasoning, Mr. Winklevoss relies on the message of Balaji S. Srinivasan, formerly the CTO of Coinbase and General Partner at Andreessen Horowitz, who claims that the amount of gold in the galaxy is unlimited. At the same time, bitcoin in this case is a scarce, in the sense that it, unlike gold, it cannot be mined indefinitely. 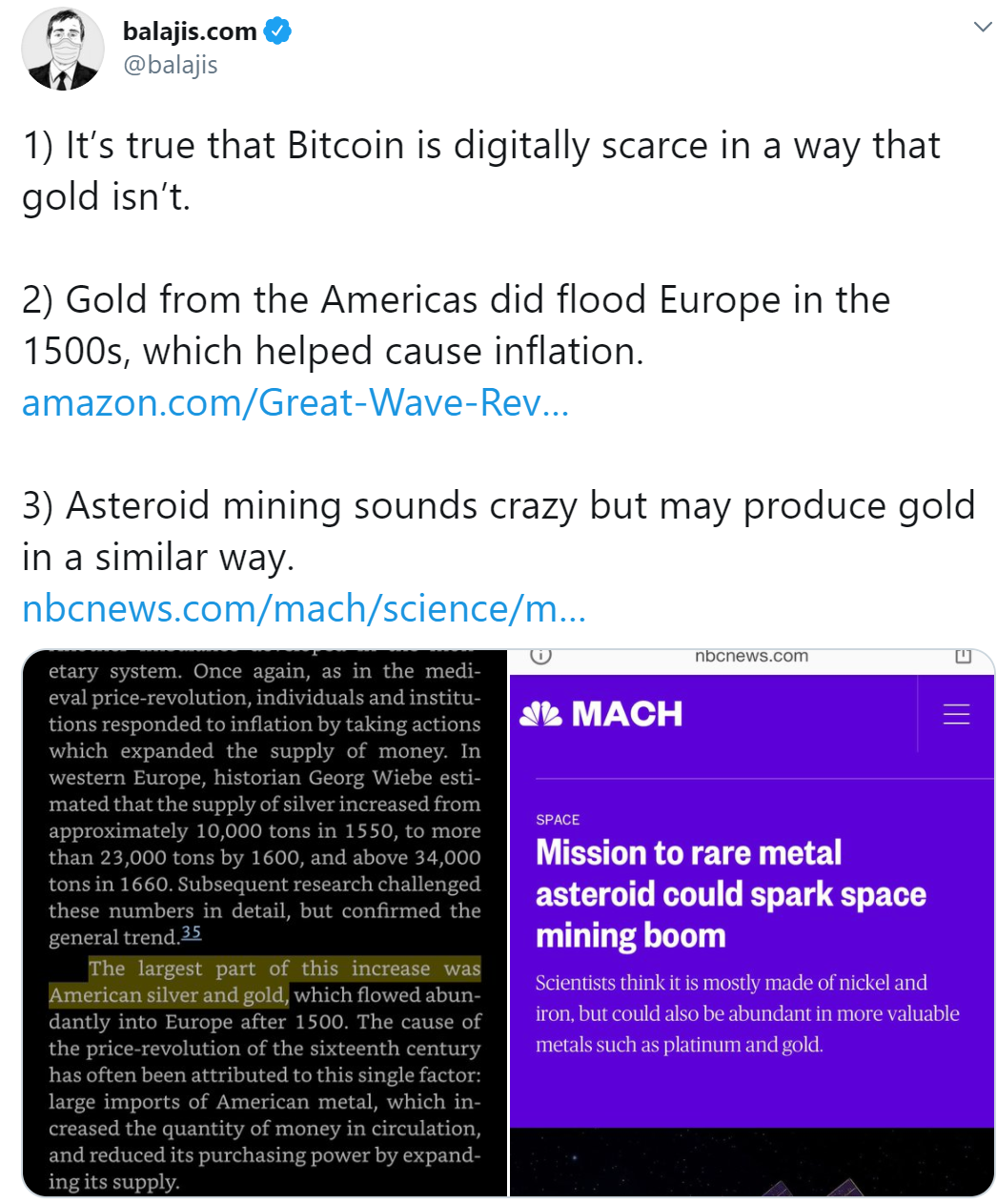 The statements about the infinite amount of gold in the galaxy are based on the assumptions of scientists that asteroids contain not only nickel and iron but also much rarer metals such as gold. Mr. Srinivasan believes that when asteroid mining begins, the influx of gold will cause significant inflation, as happened in Europe in the 16th century when Spain began importing large quantities of gold and silver from South America.

Cameron Winklevoss, Tyler’s twin brother, has also expressed his opinion on Bitcoin. He also believes that Bitcoin is the best asset for insuring against inflation, which is bloating the market now.