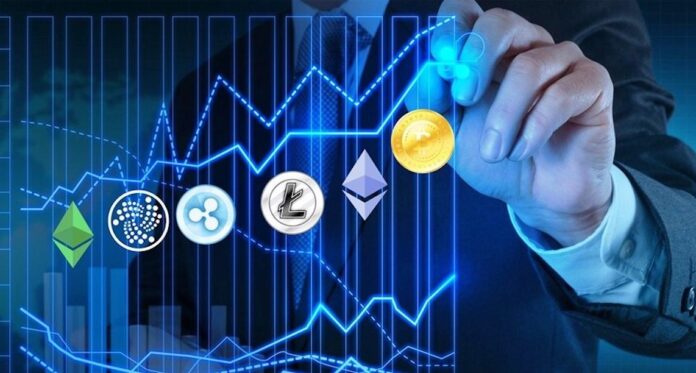 A few years ago, as the calendars showed 2017, the cryptocurrency world experienced an epic bull run. Between January and December 2017, a 20-fold increase in the price of Bitcoin was seen, after which the market collapsed. Then people started sharing the Wall Street Cheat Sheet chart.

Such gigantic boom scenarios have occurred many times in the history of capital markets, although not typically in the short term.

Who can guess where #Bitcoin currently is on the Wall Street cheat sheet – “supposedly a cheat sheet”…🚜 #500GamePlan pic.twitter.com/rBW5WjM28h

In this context, what is tried to be expressed with the Wall Street Cheat Sheet will be discussed.

Sunday is Sunday
Although all markets have their own differences and features, they have some common points.

One of the unifying forces common to all markets is emotion: emotions dominate the flows of any market, whether it’s S&P, mortgage-backed securities, Bitcoin, or the Fear and Greed Index.

Perhaps nothing else can capture the emotional component of trading investment, much like this Wall Street Cheat Sheet that any mid-range market audience has probably seen. The Bitcoin market alone saw at least three major market cycles in this way.

The Wall Street Cheat Sheet shows the market cycle of a hypothetical bubble burst after the so-called “parabolic” price increase. This is a general pattern that is not taken from any real painting, and therefore any asset bubble can fit this pattern.

It is good that this is not a real chart, but rather a conceptual chart, because what matters is not the specific market structures or patterns in the chart, but the generalizations of a market’s typical, collective emotional response to such price action.

What the Wall Street Cheat Sheet intends to show is: variable movements in the markets, emotions that drive the above-mentioned fear and greed.

To be more precise, the emotions depicted in the Wall Street Cheat Sheet are mostly the emotions of unprofitable participants in this market model. After all, we can assume that both successful and unsuccessful traders / investors experience some level of fear and greed. They do not occur at the same time; and winning traders should not overcome emotions.

These people, who are overwhelmed by what they perceive, are trying to enter the market where they perceive it as risk-free.

Market Trends are Complex
The term “trend is your friend” is completely correct. The basis of all trade and to some extent investment is to identify trends. Identifying trends in different time periods and jumping on them for investment is the basis of trade. The rest are just details.

Moving Towards the Right Time
These traders / investors are too late for the trend and do not protect against the return risk likely at the end of a trend. Once the trend becomes very clear to everyone, they buy the trend; they do the right thing at the wrong time.

The result is what we see next to the collapse of the asset: peace of mind, anxiety, denial, and panic. These people are confident that they are finally investing in a bullish trend. Because of greed, they don’t see the trend likely ending and reversing.

As with chess, it becomes almost impossible to answer exactly what started as a simple game. It is not possible to say exactly when a trend started or ended, unless it really controls a market with a fraud.

You never know beyond any doubt; there is always a risk, and the best response is to make the most educated and knowledgeable prediction possible while managing the risk tightly. When education and experience replace emotions; a trend can often be revealed.