What is Hard Fork?

Before we start speaking about soft, hard and other strange-used words, I’d like to give a short explanation of each term. Just to make sure we are on the same page.

Now, let’s talk about each one in a more detailed way.

The first question we need to answer before talking about forks or any other cutlery is: Why do we need to update the protocol? What is a soft fork?

As I mentioned before, it’s a protocol change, but with backward compatibility.

I’ll take traffic rules as an example (it is actually pretty similar). Say, the US had a rule, where minimum highway speed should be 30 miles and maximum 60 miles. One day, the government decides that, from now on, it will be a minimum of 40 and a maximum of 70. What will happen? For most of the drivers, who drive with an average speed of 55 miles – nothing will change. They are still eligible to drive and are not violating the new low. But if you were driving 30 miles – you have to speed up.

In the same way, you don’t have to immediately upgrade your Blockchain version to the soft fork one, and you can work exactly as you did before, unless you want to do something against the new protocol. 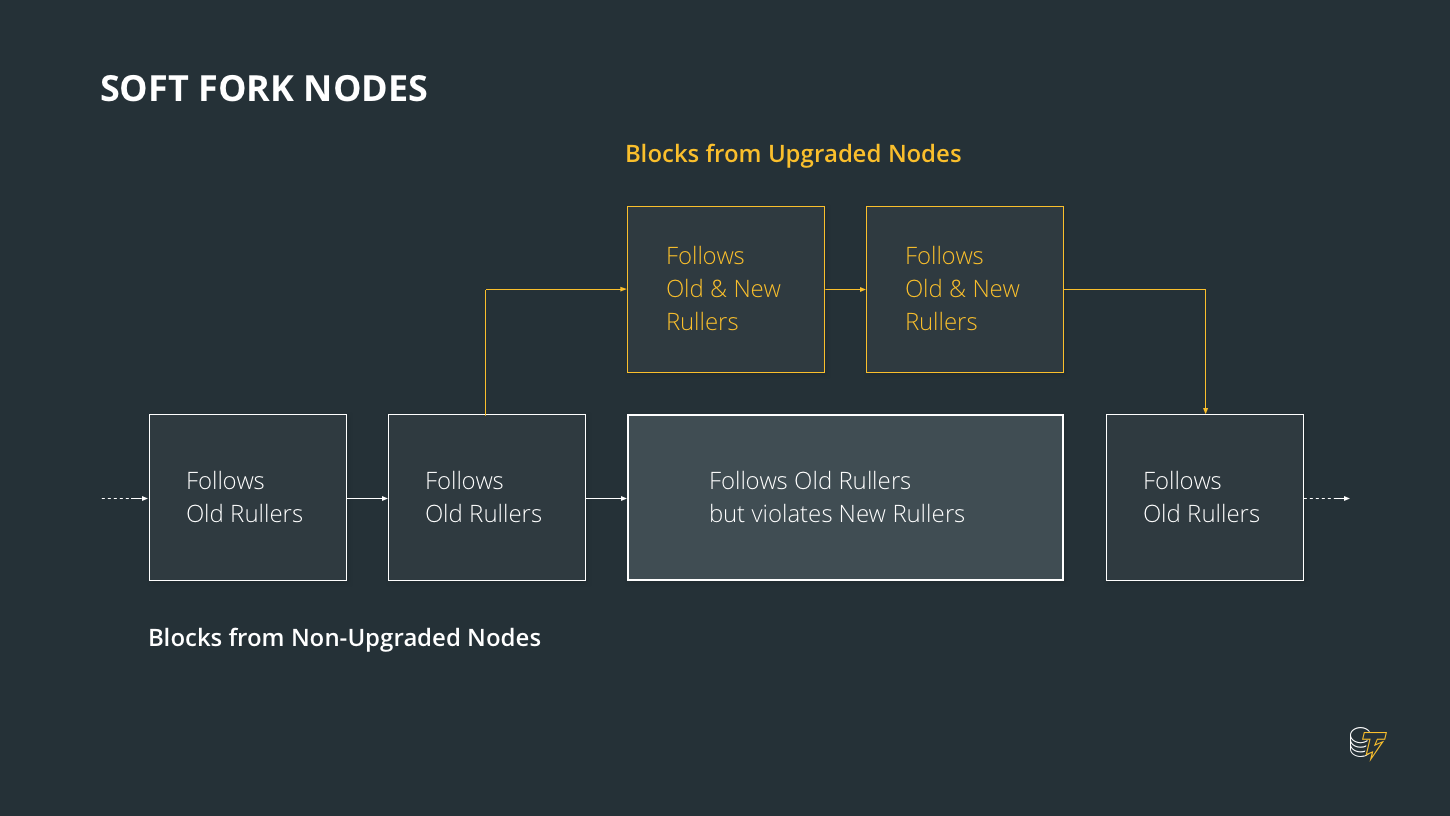 What is a hard fork

If we continue with the traffic example, hard work is basically a creation of a new parallel universe. With its own highways, drivers and blackjack.

If there was one driver who lived in Nebraska and had a Jeep – then now there is and additional “Driver Cash,” who lives in “Nebraska Cash” and has “Jeep Cash.” So, both drivers live separate lives in separate universes. But Nebraska Cash driver will never be able to visit his doppelganger or apply for a job in Nebraska – there is no portal between the realities. Sounds like a “Black Mirror” plot.

Let’s go back to crypto terms. After a hard fork, the previous version and the new one are completely split, there is no communication or transaction option between the two. Usually, the new version inherits all the historic transactions and, from now on, each version will have its own transaction history. What happened: After the Hard Fork, Bitcoin Cash became a new, separate currency, everyone who had Bitcoins before the hard fork received the same amount in Bitcoin Cash wallet.

Read about the difference between Bitcoin and Bitcoin Cash. What happened: The DAO was hacked and, as a result, 3.6 mln Ether were drained. In order to prevent the hacker from cashing, the community voted for a soft fork. But, after a short period, the majority had voted for the hard work as well.